Information about James B. Lockhart 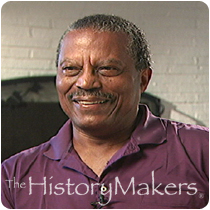 See how James B. Lockhart is related to other HistoryMakers
Donate Now

James Blakely Lockhart was born in New York City on May 27, 1936. His family moved to South Carolina, where he attended elementary school, and then moved on to North Carolina, where he graduated from the Palmer Memorial Institute in 1954. After high school, Lockhart attended Boston University, earning his B.S. in business administration in 1957. He remained at the school after graduation, earning his J.D. in 1959.

After earning his law degree, Lockhart served in the U.S. Army, achieving the rank of captain and serving as a judge advocate. Following his discharge in 1963, Lockhart went to work for the Treasury Department as an attorney in the office of the chief counsel, where he remained until 1965. That year, he moved to Chicago, where he worked as an assistant corporation counsel to the City of Chicago. In 1967, he joined the law firm of Rivers, Lockhart, Clayter & Lawrence, where he was a partner until 1971. From there, he was hired as senior vice president for Budget Rent A Car. In 1979, when Transamerica Corporation purchased Budget, Lockhart was promoted within Transamerica to vice president of public affairs. He remained there until his retirement in 1998.

Lockhart has received numerous awards throughout his career, and has been involved in organizations across the country. He is the past chair of the Bay Area Urban League, a founder and past chair of the City Club of San Francisco and he is currently the chairman of the social action committee of Sigma Pi Phi fraternity and vice chair of the Boule Foundation.

See how James B. Lockhart is related to other HistoryMakers
Donate Now
Click Here To Explore The Archive Today!