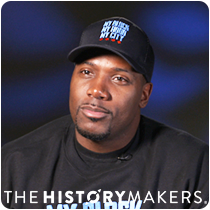 See how Jahmal Cole is related to other HistoryMakers

Community activist Jahmal Cole was born on July 15, 1983 in Chicago, Illinois to Leonard and Gloria Cole. He graduated from Reuther Central High School in Kenosha, Wisconsin, and received his B.S. degree in communications from Wayne State College, in 2005, in Wayne, Nebraska. Cole was one of the first African American players on the Wayne State Wildcats basketball team, where he played for four seasons and received the Scholar Athlete Award in 2005. Cole later received his M.S. degree in internet marketing from Full Sail University Online in 2011.

Cole began his career working for Colorado Technical University Online as national admissions advisor. In 2009, Cole was hired at WH Trading, LLC in Chicago as a Microsoft Systems Administrator, and obtained his Microsoft Certified Systems Administrator Certificate from Microtrain. He founded the Role Model Movement, a not-for-profit organization offering a series of initiatives geared toward empowering underserved youth, and authored, through its publishing arm Role Model Publishing, Athletes and Emcees, a motivational book providing candid advice on careers, confidence, friendship, school, ingenuity and determination. In 2013, he founded MyBlock, MyHood, MyCity, a non-profit organization based in Chicago, dedicated to providing opportunities to underprivileged youth focused on STEM, arts & culture, citizenry & volunteerism, health, community development, culinary arts, and entrepreneurism. He is also the author of The Torch of Decency: Rekindling the Spirit of Community Organizations, Exposure Is Key: Solving Violence By Exposing Teens to Opportunites, Mud Sharks, and 50 Excuses to not Follow Your Dreams.

In addition to his role as a mentor to inner city youth, his honors and accomplishments include being named the Chicago Ideas Award Winner by Mayor Rahm Emanuel in 2011, a certificate of appreciation by the Illinois Office of Volunteerism and Community Service in 2012, the Chicago Urban League Innovator Award in 2016, and becoming a Bluhm Helfand Social Innovation Fellow in 2017.

Cole has also been an active associate board member of the Children’s Research Triangle and Children’s Home Aid, and a mentor for the Illinois Education Foundation. Cole has served as the Treasurer of the Greater Chatham Alliance.

Cole and his wife, Tiffany, have one daughter, Khammur Monet.

Jahmal Cole was interviewed by The HistoryMakers on February 22, 2018.

See how Jahmal Cole is related to other HistoryMakers 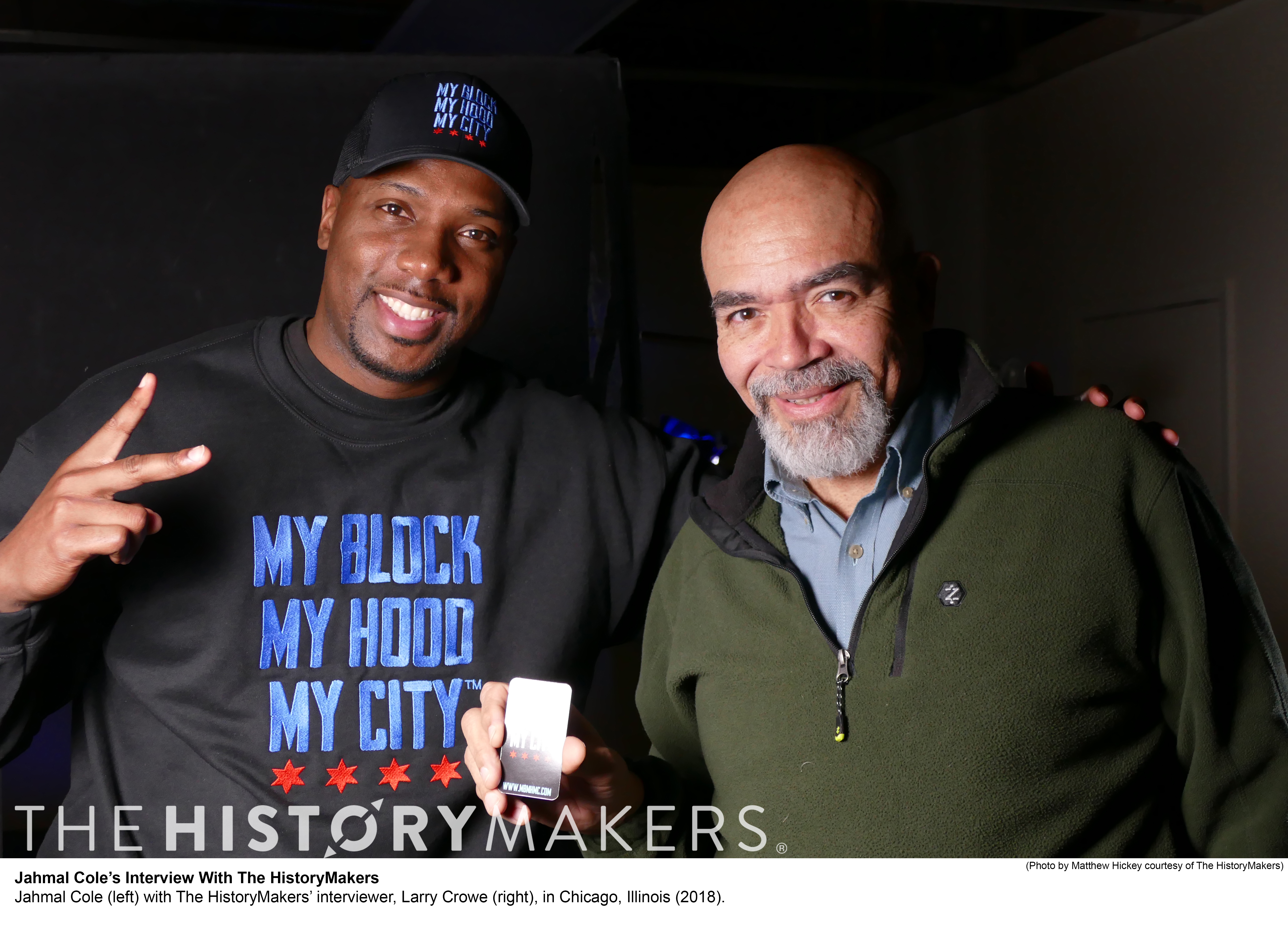