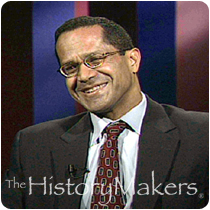 See how Jacques Cook is related to other HistoryMakers
Donate Now

Jacques Cook was born on March 19, 1946, in Washington, D.C., His mother was an educator and social worker and his father was a college professor. Cook spent his early childhood in Washington, D.C., growing up just a few blocks from Howard University. In 1958, his life took an exciting turn, when his father received a job offer with a French publishing company and the family moved to Paris, France. His international journey continued when the family moved to Niger, Africa, in 1960. Cook earned his high school diploma from Lycee National High School in Niger in 1963.

Following in his father’s and older brother’s footsteps, he graduated from Amherst College in 1967 with a B.A. degree in economics. In 1969, Cook earned his master’s degree in international studies from Johns Hopkins University. That same year, he joined the Foreign Service and was assigned to work as an economic officer in Mexico.

In 1972, Cook began attending law school at night while continuing his work with the State Department. He earned his law degree from George Washington University in 1976, and began working for Sidley, Austin and Associates. In 1977, Cook began serving as legal counsel for the United States Senate Budget Committee, regulating congressional budgets and spending. In 1979, he took a position as a member of the legal staff at the International Development Bank (IDB), a bank owned by the United States and all the governments of Latin America. Between 1989 and 1994, Cook headed up the IDB’s Jamaica office. Leaving the IDB in 2002, Cook joined the legal team at Allen and Overy, structuring and developing financing for international projects. He represented Engel Power of Italy in the first internationally financed transmission project in Brazil.

Cook is the author of numerous published articles and lives in Maryland with his wife and two children.

See how Jacques Cook is related to other HistoryMakers
Donate Now
Click Here To Explore The Archive Today!