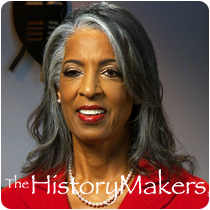 See how Jacqueline Sales is related to other HistoryMakers
Donate Now

In 1979, Sales became the first African American woman environmental engineer hired by the U.S. Environmental Protection Agency (EPA), Office of Toxic Substances. While there, she worked at EPA headquarters in Washington, D.C. and was assigned various scientific and public policy roles that involved writing and implementing federal regulations that protect human health, participating in congressional hearings, and chairing national and regional waste forums. Sales’ efforts at the EPA between 1979 and 1988 helped safeguard the environment from the improper disposal of toxic and infectious materials, and hazardous wastes. She led the pioneering effort in development of the Land Disposal Restriction Regulations that governs how hazardous and toxics waste can be disposed and received national recognition for her role in developing federal guidelines for management of medical wastes. Sales also served in the U.S. Department of Energy (DOE) where she managed and directed the development of policy guidance documents for DOE Headquarters and field offices. In addition, she worked closely with the assistant secretary of Environment, Safety, and Health where she developed strategies for regulatory compliance and environmental restoration at radioactively contaminated sites.

In 1988, Sales became the founder and president of HAZMED, Inc. While there, Sales focus was on helping clients develop and implement strategies, plans, and programs to manage their specific environmental risks and to protect the public from toxic hazards. She led the effort with EPA to conduct the first study on Environmental Justice. Sales also served as Chair of the Foundation Board of Bowie State University and a National Trustee of the Arthritis Foundation. She served on the Foundation Board of Doctors Community Hospital in Lanham, Maryland, and the Prince Georges Economic Development Corporation Board, She is the owner of the Johnson Browne Business Center for new and emerging businesses.

Sales was recognized by the EPA, who honored her with both the Bronze Medal and the Women in Science and Engineering Award. She was also recognized by the United States Congress as an Outstanding Woman in Scientific and Technical Careers. In 2003, The Network Journal: Black Professionals and Small Business News named Sales as one of the “Top Twenty Five Influential Women in Business.” Under her leadership, HAZMED was named “Maryland Top 100 Minority Business Enterprise” and U.S. Small Business Administration “Minority Small Business of the Year 2000.

Jacqueline White Sales was interviewed by The HistoryMakers on May 24, 2013.

See how Jacqueline Sales is related to other HistoryMakers
Donate Now
Click Here To Explore The Archive Today!