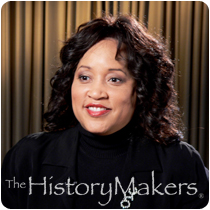 "Show You Better Than I Can Tell You."

Actress Jackée Harry was born Jacqueline Yvonee Harry on August 14, 1956 in Winston-Salem, North Carolina, but was raised in Harlem, New York, by her mother Flossie Harry. At the age of fourteen, Harry landed the lead role of the “King” in her school’s production of The King and I. After graduating from New York City’s High School of Music and Art, Harry attended the University of Long Island in Brooklyn, New York, where she earned her B.A. degree in education.

Harry began her career as a history teacher at Brooklyn Technical High School. After two years of teaching, she departed from her profession and pursued a career in acting. Harry received acting lessons at the Henry Street Settlement on the Lower East Side in New York City and made her acting debut in 1973, with a small part in a play written by Richard Wesley. She then starred in A Broadway Musical as a chorus girl. In 1983, Harry made her television debut by acting opposite the then-unknown Morgan Freeman in the daytime soap opera, Another World.

In 1985, Harry found her signature role, starring as “Sandra Clark” on the NBC sitcom 227. As the breakout star of the show, she became the first African American to win an Emmy Award for Outstanding Supporting Actress in a Comedy Series. Her performance on 227 inspired NBC producers to create at television pilot for her entitled Jackée. After leaving the cast of 227 in 1989, Harry starred opposite Oprah Winfrey in the adaptation of Gloria Naylor’s novel, The Women of Brewster Place. In 1991, Harry was a part of an all-star cast that included Redd Foxx and Della Reese when she played the role of “Ruth ‘CoCo’ Royal” in The Royal Family. From 1994 to 1999, Harry starred as the adoptive mother of Tia and Tamera Mowry’s characters in the ABC sitcom, Sister, Sister and won NAACP Image Awards for Outstanding Supporting Actress in a Comedy Series for two consecutive years in 1999 and 2000.

In 1994, Harry made her return to the theater by starring as “Billie Holiday” in the play Lady Day at Emersons Bar and Grill. Following that stage production, she fulfilled the role of “madam who runs a bordello” in the Broadway Musical The Boys From Syracuse, a play based on William Shakespeare’s classic The Comedy of Errors. Harry appeared on the second season of VH1’s Celebrity Fit Club in 2005, where she lost a total of thirty-nine pounds over 100 days. Her achievement marked one of the top weight losses in the history of the show. Harry’s other television credits include guest appearances on Amen, Designing Women, Dave’s World, Hollywood Squares, 7th Heaven, That’s So Raven and Everybody Hates Chris.