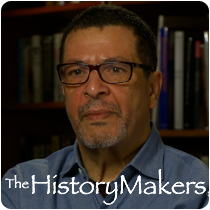 See how Jack White is related to other HistoryMakers
Donate Now

Magazine editor Jack E. White, Jr. was born in 1946 in Washington, North Carolina. His father, Jack White, Sr., was a physician. White was awarded a Nieman fellowship at Harvard University in 1976 and studied African Affairs and American ethnic politics for one year. Prior to joining the staff at Time magazine, White was a staff writer at the Washington Post from 1966 to 1968, and then at the Race Relations Reporter in Nashville, Tennessee from 1969 to 1972. He also contributed articles to the Columbia Journalism Review, the Progressive, Ebony magazine, and Black Enterprise magazine.

White joined the staff at Time magazine in 1972 as a full-time staff writer where he contributed to the “Modern Living,” “Economy & Business” and “Energy” sections. In his twenty-nine year career with Time magazine, White served as correspondent in Atlanta, Georgia and Boston, Massachusetts; as a senior correspondent and editor of the “Nation” section in New York City; and, as a bureau chief in Nairobi, Kenya. In 1985, White became the Midwest bureau chief for Time magazine based in Chicago, Illinois. He was named deputy chief of correspondents Time magazine in 1987 where he managed fifty-one correspondents in ten domestic bureaus across the United States. White was the first African American staff-writer, bureau chief, and editor at Time magazine. In 1992, White left his TIME magazine and became a senior producer for domestic news on “ABC World News Tonight with Peter Jennings.”

In May of 1995, White was assigned by Time, Inc.’s Editor-in- chief Normal Pearlstine to recruit minority journalists for all magazines owned by the company, which include TIME, People, Sports Illustrated, Life, Fortune, Money, Sports Illustrated for Kids, In Style and Martha Stewart’s Living. He retired from Time magazine in 2001 and became a frequent contributor to The Root. White has also served as a writer-in-residence at the Howard University School of Journalism and as an adjust professor of journalism at Virginia Commonwealth University. He was the co-author, with Bari-Ellen Roberts, of Roberts vs. Texaco: A True Story of Race and Corporate America (1998). In 2005, White left his position as the Scripps Howard Endowed Chair at the Hampton University School of Communications.

Jack E. White, Jr. was interviewed by The HistoryMakers on February 28, 2013

See how Jack White is related to other HistoryMakers
Donate Now
Click Here To Explore The Archive Today!