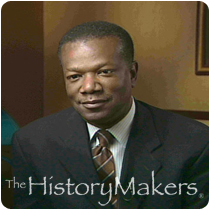 See how Jack Johnson is related to other HistoryMakers
Donate Now

Jack Johnson was born on April 3, 1949 in Wadmalaw Island, South Carolina to Adolphus and Ermine Johnson. Johnson graduated from Haut Gap High School on John’s Island, South Carolina in 1966 and received his B.S. degree from Benedict College in 1970. He attended Howard University School of Law, obtaining his J.D. degree in 1975. Johnson served in the United States Army Reserves as a combat medic during the Vietnam War.

In 1975, Johnson worked as an attorney in the Office of Chief Counsel with the Internal Revenue Service until 1984. For the next three years, he served as a law professor at North Carolina Central University’s School of Law. Johnson then became the Deputy State Attorney, managing the day-to-day operations of the prosecutor’s office, before becoming the State’s Attorney for Prince George’s County, Maryland. In this position, Johnson recruited a diverse, highly motivated and well-trained staff of prosecutors, investigators, administrators and support personnel.

In December 2002, Johnson was elected the sixth County Executive of Prince George’s County. He made history shortly after being elected to office by increasing the county’s budget by more than $1 billion. Johnson’s budget priorities focused on education and public safety. He increased the school funding by over $100 million and is also responsible for building the largest police force in the county’s history and saving the county’s hospital system. Johnson was re-elected to a second term in 2006.

Johnson has served as a board member of the Prince George’s County United Way and the Coalition of Concerned Black Christian Men. He has received the NAACP President Award and the National Forum of Black Public Administrators’ First Leadership Award.

Johnson resides in Mitchellville, Maryland with his wife, Leslie. They have three adult children.

Johnson was interviewed by The HistoryMakers on April 26, 2007.

See how Jack Johnson is related to other HistoryMakers
Donate Now
Click Here To Explore The Archive Today!