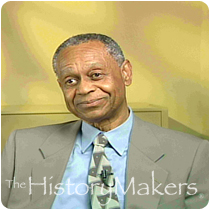 Professor Jack Arnett Kirkland was born on October 28, 1931 in Blythedale, Pennsylvania. He attended Syracuse University, where he was a member of the Phi Delta Kappa Honor Society, and received his B.A. degree in international relations in 1959, and his M.S. degree in social services.

In 1964, Kirkland became chair of St. Louis University’s Social Group Work Program. During this period, Kirkland also directed the Peace Corps training in Latin America for community development until 1967. In 1970, Kirkland became an associate professor at Washington University at St. Louis’ George Warren Brown School of Social Work. Kirkland also served as the Jeff-Vander-Lou Development Corporation’s director of economic development. Kirkland co-founded the Black Studies Department (now African American Studies) at Washington University in 1974, and served as department chair. In 1976, he was appointed Missouri’s director of transportation and served as a member of the governor’s cabinet for two years. In 1980, Kirkland was the first chair and founder of the Social and Economic Development Concentration at Washington University, and served for ten years. He also worked as program director and executive director of Settlement Houses in the East and Midwest. Additionally, he worked as a consultant to mayors of several cities. Kirkland provided consultation for five years with the Department of Indian Affairs in Washington, D.C., for American Indian Nations in the Southwest.

Kirkland testified as an expert witness for five Congressional Committees and joined the National Association of Child Care Workers’ meeting in Capetown, South Africa, in 1995, meeting with Desmond Tutu and speaking publicly in both Port Elizabeth and Mmabatho, South Africa. In 2010, he was appointed to the executive board of the St. Louis County Economic Council and to the Land Clearance for Redevelopment Authority for St. Louis County, and served as a member for International Trade Mission to Indonesia in 2012. He also served as a member of the Mission of the Niagara Foundation for Cultural Exchange to Turkey, for Missouri State Legislators, in 2012, and again, on an International Trade Mission to China in 2012. He also serves as the Social Economic Developer of “The Healing Village” in East St. Louis.

In 1975, Kirkland was voted Most Outstanding Teacher of the Year for Washington University. In 1988, Kirkland received a Most Outstanding Teacher Award for the college’s Brown School of Social Work, receiving the award a second time in 1995. In 1990, he was featured in the St. Louis Sun’s Great Teachers Series. He is the recipient of the 1996 National Service Award from the National Association of Homes and Services for Children and a 1997 Spirit of Crazy Horse award from the Black Hills Seminars on Reclaiming Youth at Risk. In 2000, he was inducted into the City of McKeesport, Pennsylvania High School Hall of Fame. He was awarded the Distinguished Faculty Alumni Award in 2010.

Jack Arnett Kirkland was interviewed by The HistoryMakers on October 15, 2007.

See how Jack Arnett Kirkland is related to other HistoryMakers
Donate Now
Click Here To Explore The Archive Today!