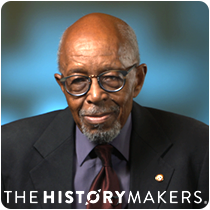 "Treat People The Way You Would Want Them To Treat You."

Marketing chief executive J. Robert Harris was born on April 1, 1944 in Lake Charles, Calcasieu Parish, Louisiana to homemaker Ruth Boutte Harris and truck driver James Harris. Growing up in the Pomonok housing project in Queens, New York, he attended St. Nicholas of Tolentine elementary school and Bishop Loughlin Memorial High School. Upon graduating in 1961, he entered Queens College, where he earned his B.A. degree in psychology in 1966. He also completed coursework in Spanish at New York University in 1972.

Harris worked as a market research supervisor at National Broadcasting Company/NBC before being hired in 1969 as a research manager at General Foods Corporation in White Plains, New York, where he headed the decaffeinated coffee group. From 1972 to 1975, he was employed as the international research director at PepsiCo, in Purchase, New York where he traveled to over thirty countries designing and conducting consumer research projects. In 1975, in collaboration with his brother Lloyd Harris who served as managing partner, Harris founded JRH Marketing Services to provide consulting and research services to a wide range of clients that included the U.S. Army, Anheuser-Busch and JPMorgan Chase as well as the fast food, soft drink, beer and wine, spirits and the automotive sectors, the financial industry and the government. Additionally, Harris worked as a seminar leader for Ennis Associates from 1983 to 1995. In addition, Harris was a founding member and past president of the Qualitative Research Consultants Association, former chairman of the Research Industry Coalition and an elected member of the Market Research Council. In honor of his accomplishments in the field of market research, Harris was awarded the 2004 Qualitative Research Consultants Association President’s Award, and elected to the Market Research Council’s Market Research Hall of Fame.

Since 1966, Harris has been active in the wilderness trek community, and his travels are described in his book Way Out There: Adventures of a Wilderness Trekker. He was elected to the esteemed Explorers Club in 1993. Harris has also been featured in Ebony magazine on the "Most Successful Blacks" list, and in Who's Who Among Black Americans book series.

J. Robert Harris was interviewed by The HistoryMakers on June 27, 2018.