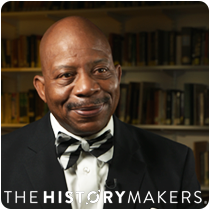 See how J. Keith Motley is related to other HistoryMakers

College president and academic administrator J. Keith Motley was born on January 28, 1956 in Pittsburgh, Pennsylvania to John Jr. and Cornelia Motley. He attended James E. Rogers Elementary School and graduated in 1972 from Peabody High School in Pittsburgh. In 1972, Motley was recruited to play Division 1 basketball at Northeastern University in Boston. Motley received his B.S. degree in education, speech pathology and audiology in 1978 and his M.Ed. degree in higher education administration in 1981, both from Northeastern University. He went on to receive his Ph.D. degree in education administration from Boston College in 1999.

Upon graduating college, Motley was hired as an admissions counselor at Northeastern, and also as a part-time assistant coach for the university’s basketball team. In 1980, he served as an intern in the Office of Senior Vice President for University Administration. He also became assistant dean of minority affairs in 1982. In 1987, Motley served as associate dean and director for the John D. O’Bryant African American Institute and served as associate head basketball coach where he helped to lead the Northeastern Huskies to seven appearances in the NCAA Tournament. In 1989, Motley served as founder and director for Concerned Black Men of Massachusetts, Inc.’s Paul Robeson Institute for Positive Self Development, providing educational, emotional and personal support to young Black males and their families. In 1993, Motley was named Northeastern University dean of student services; and, in 1996, Motley helped to establish the Roxbury Preparatory Charter School. In 2003, Motley joined the University of Massachusetts at Boston as vice chancellor for student affairs. He was named interim chancellor for the university in 2004, and served as vice president for business and public affairs. In 2006, Motley’s role expanded to vice president for business marketing and public affairs. From 2007 to 2017, Motley served as chancellor of the University of Massachusetts Boston.

Motley was inducted into the Northeastern University Hall of Fame in 1999. He was named one of the Power 50 Most Influential Bostonians by Business Journal for five consecutive years, from 2012 to 2016. He received the Harvard Club of Boston’s Friends of Education Award in 2014, the John D. O’Bryant African American Institute’s Vision Award in 2015, the Boston NAACP’s W.E.B. Du Bois Distinguished Service Award in 2016, and Emerson College President’s Award for Civic Engagement in 2017. In 2018, the Northeastern University established the Dr. J. Keith Motley Chair to Head New Sports Leadership and Administration Program in his honor.

Motley and his wife Angela are the parents of three adult children: Keith, Kayla and Jordan.

J. Keith Motley was interviewed by The HistoryMakers on November 18, 2018.

See how J. Keith Motley is related to other HistoryMakers