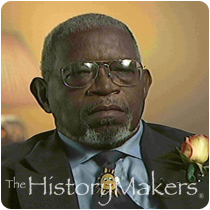 See how J. Herman Blake is related to other HistoryMakers

After leaving the University of California Santa Cruz, Blake served as the President of Tougaloo College until 1987; held positions at Swarthmore College; served as the Vice Chancellor at Indiana University; and served as the Director of African American Studies at Iowa State University. In 2002, Blake was named Iowa Professor of the Year and received an Honorary Degree from Indiana University.In addition to his career in education, Blake published several projects including Revolutionary Suicide, an autobiography of Huey P. Newton, which was the result of his research on black militants in urban areas.

Blake also researched many other topics; his work made him a leading authority on the Gullah culture. Additionally, Blake served as the Scholar in Residence and Director of the Sea Island Institute at the University of South Carolina, Beaufort, an institution whose primary focus is the study and promotion of Gullah Cultures. In 2008, the Medical University of South Carolina appointed Blake as the first Humanities Scholar in Residence. Blake served as an advisor to the University’s Humanities Committee and to the President and Provost on matters of cultural enrichment.

See how J. Herman Blake is related to other HistoryMakers
Click Here To Explore The Archive Today!