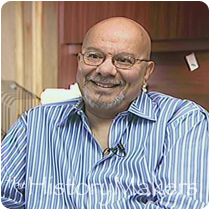 Attorney and founder of the National Black Law Students Association, Inc., and the National Conference of Black Mayors, Inc., Algernon (‘Jay’) Johnson Cooper, Jr. was born on May 30, 1944, in Mobile, Alabama. Cooper’s parents were Gladys Catherine Mouton Cooper and Algernon Johnson Cooper, Sr., both graduates of Hampton University; he was also a descendent of the Seminole Chief Osceola. Cooper’s father ran the family-owned Christian Burial Insurance Company. Cooper attended St. Peter Claver Elementary School in Mobile and subsequently went on to the Marmion Military Academy in Aurora, Illinois, in 1958, where he was the first African American student to attend. Cooper graduated in 1962 and followed his two older brothers to the University of Notre Dame to continue his education; there, he majored in Latin American history and earned his B.A. degree. In 1966, Cooper was accepted into New York University’s Law School, at a time where there were only nine African American students enrolled out of six hundred. In the summers, Cooper worked as a summer associate at the law firm of Strasser, Spiegelburg, Freid & Frank. While at New York University Law School, Cooper founded the National Black Law Students Association in 1967.

In late 1967, Cooper joined Senator Robert F. Kennedy’s U.S. Senate staff as an aide in New York. One year later, Cooper joined Senator Kennedy’s presidential campaign, managed the Watts campaign headquarters, and was with Kennedy when he was assassinated. Cooper escorted Dr. and Mrs. Benjamin Mays to the funeral ceremony at St. Patrick’s Cathedral and later escorted Coretta Scott King on the funeral train from New York to Washington, D.C. for the senator’s burial at Arlington Cemetery. After earning his law degree in 1969, Cooper moved to Alabama where he became a successful civil rights lawyer and litigator. In 1972, Cooper was elected mayor of Prichard, Alabama, a city of some 50,000 citizens; he was the first African American to defeat a white incumbent in the state of Alabama. As mayor, Cooper founded and served as the first president of the National Conference of Black Mayors.

After serving two terms as mayor, Cooper joined the staff of Moon Landrieu, the Secretary of the Department of Housing and Urban Development, as Director of the Office of Small and Disadvantaged Business. After that, Cooper became executive director of the Congressional Black Caucus Foundation. Cooper became a member of the professional staff of the House Ways and Means Committee, and then subsequently became the Chief of Staff and Tax Counsel to Congressman Harold Ford, Sr. In 1988, Cooper left the Hill and became a partner at the Washington, D.C. firm of Ginsburg, Feldman, and Bress, Chartered. Cooper’s legal specialties included litigation, legislative and administrative law, tax policy, and finance. Cooper was a member of the bars of Alabama and the District of Columbia and resided in Atlanta, Georgia.