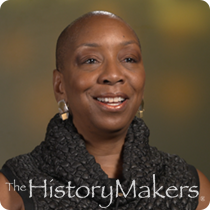 See how Isisara Bey is related to other HistoryMakers
Donate Now

Corporate entertainment executive and event producer Isisara Bey was born on July 18, 1953 in Brooklyn, New York to Shirley and Eustace Jones of Guyana. She graduated from the Academy of St. Joseph in Brentwood, New York with honors in 1970. Bey earned her B.A. degree in theater in 1976 and her M.A. degree in media communications in 1980, both from Antioch University.

Bey’s career began as an on-air personality for WEAA.FM at Morgan State University in Baltimore, Maryland. She then worked as an award-winning news writer and producer for WJZ-TV. In 1988, Bey began working at Sony Pictures Entertainment in Los Angeles, California as a management associate. She was promoted to director of corporate affairs in 1992, later becoming the senior director. She then transferred to Sony Music Entertainment in New York City as vice president, corporate affairs. She retired from the position in 2007, and became the vice president of programs for the non-profit organization, Count Me in For Women’s Economic Independence. She also founded her own consulting company, Journey Agent Productions, serving as a keynote speaker, live events producer and workshop facilitator. Her U.S. and international clients included the Institute for Veterans and Military Families, the Apollo Theater, New York Public Radio, American Society of Transplantation, New Jersey Performing Arts Center, Odyssey Media Business Women’s Retreat, Association of Southeast Asian Nations Women of the World (WOW) Festival, Vital Voices and Pathways to Prosperity. She served as the artistic director of the March on Washington Film Festival in Washington, D.C. since 2014.

As a news producer for WJZ-TV, Bey received the National Unity Award for reporting on social issues and Maryland’s Associated Press award for best investigative/documentary. She was also awarded the Outstanding Radio, Producer, Short Form award from Associated Press.

Isisara Bey was interviewed by The HistoryMakers on August 29, 2016.

See how Isisara Bey is related to other HistoryMakers
Donate Now
Click Here To Explore The Archive Today!