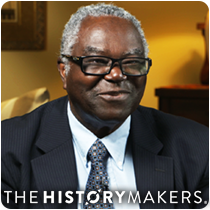 "Nobody Is Your Friend When They Demand Your Silence."

Aerospace scientist Isaiah Miguel Blankson was born on September 28, 1944, in Cape Coast, Ghana. He received his B.S. degree in 1969, M.S. degree in 1970, and Ph.D. degree in 1973, each in aeronautics and astronautics, from the Massachusetts Institute of Technology.

In 1982, Blankson joined General Electric's Corporate Research Center (GRC), in Schenectady, New York, where he conducted research on hypervelocity plasma-armature projectile launchers and gas-dynamic circuit breakers. He went on to join NASA as program director of the Generic Hypersonics program in 1988, and was named deputy director of Hypersonics Research Division, at NASA Headquarters in Washington, D.C., in 1991. He was promoted to senior technologist in the Hypersonics Division at NASA Glenn Research Center, in Cleveland, Ohio, in 1997. Blankson’s pioneering work advanced the state-of-the-art air-breathing hypersonic wave riders and aircraft engine concepts. Blankson conducted research on non-equilibrium weakly-ionized plasmas and magneto hydrodynamics (MHD), plasma discharges in dielectric liquids, and magnetic suspension systems.

In 1998, Blankson, an associate fellow of the American Institute of Aeronautics and Astronautics, served as the U.S. national delegate to the NATO Research and Technology Organization’s Working Group on Hypersonic Vehicle Technology. During his career, he worked to prepare the next generation of scientists and engineers in the field, especially underrepresented minorities, by aiding the building of research programs. He led the formation of the NASA-sponsored Center for Aero Propulsion at Hampton University and the NASA Center of Excellence at North Carolina A&T State University, serving as technical monitor and advisor. He also helped develop research programs at the University of Maryland, University of Texas at Arlington, Syracuse University, and other colleges and universities.

At NASA, his contributions to the development of concepts for high-speed air-breathing propulsion resulted in many awards and patents. Included on his list of patents are the Exoskeletal Gas-Turbine Engine (U.S. patent 6,393,831-B1, 2002) and the Magneto-Hydrodynamic Power (MHD) Controlled Gas Turbine (U.S. patent 6,696,774-B1, 2004). In addition, he co-developed a Method for Weakening Shockwave Strength on Vehicles in Supersonic Atmospheric Flight (2015, US Patent 9,016,632 B1).

Blankson received numerous awards, including the 1969 Luis de Florez Award for excellence in engineering from MIT, the NASA Exceptional Service Medal in 2002, National Emerald Honors Scientist of the Year Award in 2006, two Presidential Rank Awards: the 2006 Meritorious Senior Professional Award and the 2014 Presidential Rank Award of Distinguished Senior Professional, the highest civil servant award granted annually by the U.S. government. In 2018, he was awarded the NASA Exceptional Technology Achievement Medal in recognition of his development of Nonequilibrium Plasma technology for aerospace and terrestrial applications. In 2019, he was selected as an American Institute of Aeronautics and Astronautics (AIAA) Fellow.

Isaiah Blankson was interviewed by The HistoryMakers on September 26, 2018.