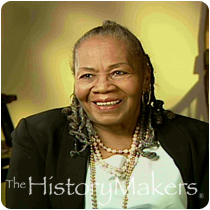 Stage and film actress Irma P. Hall was born Irma Dolores Player on June 3, 1935, in Beaumont, Texas. In 1942, her family moved to the South Side of Chicago, Illinois where she was raised. Hall was introduced to the entertainment industry at the age of seven when her father, a jazz musician, began to take her with him when performing at clubs and local events. After graduating from high school, Hall went on to attend Briar Cliff College in Sioux City, Iowa where she was selected for her first acting role in a theatrical production of Amahl and the Night Visitors. Afterwards, she transferred to Texas College in Tyler, Texas and pursued her B.A. degree in foreign language education with a focus in French and Spanish.

Hall taught in the Dallas, Texas school system for twenty years until she was discovered by actor and director Raymond St. Jacques. She was performing at a poetry reading when he offered her a role in one of his films, Book of Numbers (1973). In 1972, Hall co-founded the Dallas Minority Repertory Theatre and starred in a production of Happy Endings. After starring in several more productions, Hall realized her calling as an actress and officially retired from teaching in 1984. When her mother fell ill, Hall took a leave from acting and moved back to Chicago. After her mother's death in 1987, Hall returned to acting, starring in numerous stage productions such as Member of the Wedding, Black Girl, and Steppin' Out. For the Dallas Minority Repertory Theatre, she wrote a play, Gentle Fire which was based on her poetry. In 1996, Hall was featured alongside Robert Duvall and James Earl Jones in the film A Family Thing . Her performance won her Best Supporting Actress Awards from the Chicago Film Critics Association and the Kansas City Film Critics Circle. She went on to star in several films including Nothing to Lose (1997), Soul Food (1997) and Beloved (1998). In 2000, Hall starred in the revival of the Lorraine Hansberry play A Raisin in the Sun. Later, in 2004, Hall appeared in the films The Ladykillers and Collateral. She was also cast in the 2008 Tyler Perry film, Meet the Browns.

Hall has been nominated and has received several awards for her acting including a NAACP Image Award for Best Supporting Actress for her role in Soul Food. In 2004, she won the prestigious Prixe du Jury from Cannes Film Festival for her performance in the The Ladykillers while she was still recovering from a devastating car accident. Since then she has been inducted into the Texas Film Hall of Fame and has opened the African American Repertory Theatre in DeSoto, Texas so she can share her knowledge with and train the new generation of black actors.

Irma P. Hall was interviewed by The HistoryMakers on March 12, 2008