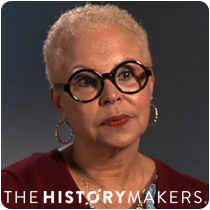 Favorite Color:
Pink, Purple, and Black
Favorite Food:
Chips
Favorite Time of Year:
Summer
Favorite Vacation Spot:
Florida
Favorite Quote:
I can do all things through Christ, who strengthens me

Favorite Color:
Pink, Purple, and Black
Favorite Food:
Chips
Favorite Time of Year:
Summer
Favorite Vacation Spot:
Florida
Favorite Quote:
I can do all things through Christ, who strengthens me

See how Iris Cooper is related to other HistoryMakers
Donate Now

Entrepreneur Dr. Iris Cooper was born on July 2, 1953 in Evansville, Indiana. She graduated from Bosse High School in Evansville, Indiana in 1971, and attended Fisk University for two years. She transferred to Indiana University, Bloomington, Indiana in 1973 and graduated with a B.A. degree in journalism. In 1977, Cooper received an M.B.A. degree in marketing, also from Indiana University. Her D.B.A. degree in entrepreneurship was awarded from Walden University in 2016. Cooper’s doctoral study “The First 4 Years: A Small Business Sustainability Study” focused on reducing small business mortality.

Following graduate school, she worked for the Lazarus Department Stores in Columbus, Ohio and became marketing manager of the restaurant division. Cooper transitioned to banking in 1984 and rose to the position of vice president and manager of Community Development Lending at Key Bank. In 1989, she co-founded and served as Vice President of Marketing for Glory Foods, Inc., the first minority- owned food product line in the nation. As the only female owner, Cooper wrote the business plan, created the brand, and conceived the disruptive marketing strategy which introduced pre-seasoned, heat-and-eat “soul food” to the grocery shelves.

Cooper applied her knowledge of financial services in 2001 by opening Pyramid Mortgage Company, targeting self-employed customers. JustAskIris!, also launched in 2001, is her current enterprise and specializes in marketing, strategic planning, and financial management. JustAskIris! business articles appeared in the Columbus Post and on WVKO radio show from 2001 to 2006. In 2007, Cooper became director of the entrepreneurship and small business division of the Ohio Department of Development. Under her leadership, Ohio rose from twenty-ninth worst place for small businesses to the ninth best in the nation, and first in the Midwest in four years.

Partnering with Melanie Houston, she co-authored the self-help novel When the Devil is Beating His Wife: A Christian Perspective on Domestic Violence and Recovery in 2013. Her current literary project, "A is for Asset: 26 Ways to Start or Sustain Your Business" will be digitally published in 2019. Additionally, Cooper teaches business courses at Columbus State Community College and Franklin University, sharing her knowledge and experiences with the next generation.

Her commitment to community service spans over 30 years in a variety of Central Ohio nonprofits. Cooper was the first female president of Community Capital Development Corporation (CCDC). Other philanthropic positions include board seats at Columbus Area Mental Health, Kelly School of Business at Indiana University, and Strategies Against Violence Everywhere. She was a 2006 YWCA Woman of Achievement and a 2008 Woman of Economic and Leadership Development (WELD).  She is an active member of Alpha Kappa Alpha Sorority Inc. and the National Coalition of 100 Black Women. Iris recently received the Amos Lynch Legacy Award from the Champions of Diversity organization and the Sharon Burkes Soar Award from Franklin County Children’s Services for her advocacy work in Central Ohio.

Cooper has two children, Mica and Malik, and one grandchild, Malachi.

Iris Cooper was interviewed by The HistoryMakers on November 14, 2017.

See how Iris Cooper is related to other HistoryMakers
Donate Now 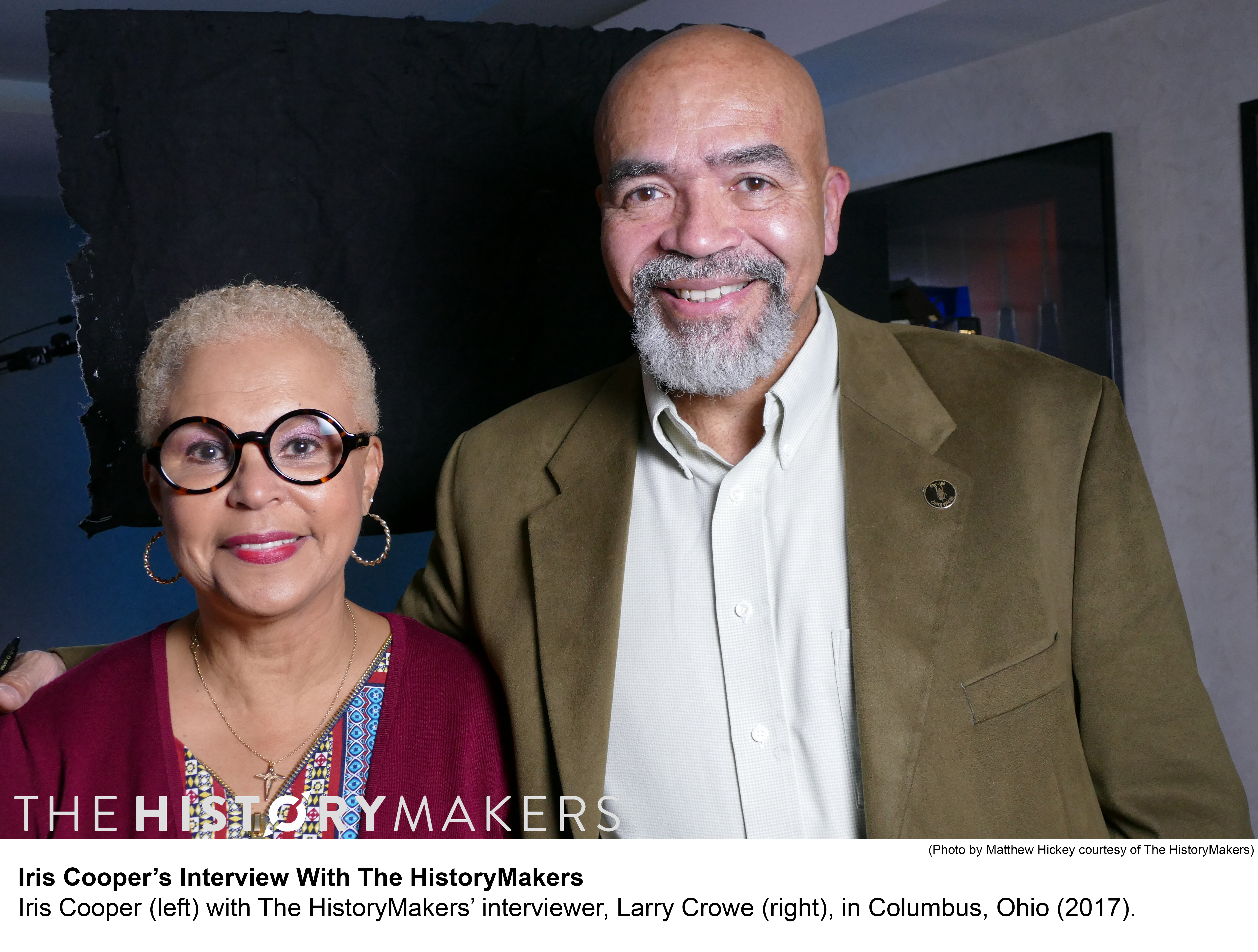