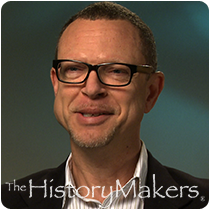 See how Howard W. French is related to other HistoryMakers
Donate Now

Journalist and professor Howard W. French was born on October 14, 1957 in Washington, D.C. to Carolyn Alverda Howard French and David Marshall French, a doctor. French received his B.A. degree from the University of Massachusetts in Amherst in 1979.

French first worked as a translator in Abidjan, Ivory Coast in the early 1980s, and taught English literature at the University of Ivory Coast until 1982. From 1982 to 1986, he worked as a freelance reporter for The Washington Post and several other publications in West Africa, including Africa News and African Business. He was then hired by The New York Times in 1986, and worked as a metropolitan reporter in New York City for three years. From 1990 to 2008, French reported for The New York Times as a bureau chief for Central America and the Caribbean, West Africa, Japan and the Koreas, and China in Shanghai.

From 1998 to 1999, French was a visiting scholar at the University of Hawaii, and in the spring of 1999, was a Jefferson Fellow at the East-West Center, in Honolulu. While working at The New York Times, he also served as a weekly columnist on global affairs for the International Herald Tribune from 2005 to 2008. In 2008, French left The New York Times and became an associate professor at Columbia University’s Graduate School of Journalism. He went on to serve as a 2011 fellow of the Open Society Foundations.

In 2004, French published A Continent for the Taking: The Tragedy and Hope of Africa, which was named non-fiction book of the year by several newspapers, and won the 2005 American Library Association Black Caucus Award for Non-Fiction. He later authored China’s Second Continent: How a Million Migrants Are Building a New Empire in Africa, published in 2014. Also a documentary photographer, French co-authored and contributed photographs to the 2012 book, Disappearing Shanghai: Images and Poems of an Intimate Way of Life. His work as a journalist has been published in The Atlantic, The New York Review of Books, The New York Times Magazine, The Nation, Rolling Stone, Transition, The Chronicle of Higher Education, The Crisis, and Travel and Leisure.

French was twice nominated for the Pulitzer Prize, and was twice a recipient of an Overseas Press Club Award. He won the Grantham Environmental Award, and received an honorary doctorate degree from the University of Maryland. In addition, The New York Times awarded French its highest prize, the Publisher's Award, six times. French also served as a board member of the Columbia Journalism Review.

French lives in New York City. He and his wife, Agnes, have two sons.

Howard W. French was interviewed by The HistoryMakers on August 28, 2014.

See how Howard W. French is related to other HistoryMakers
Donate Now