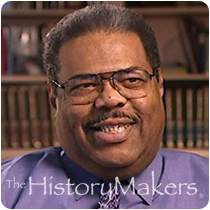 In his twenty-three years of service in the Maryland House of Delegates, Howard "Pete" Rawlings advocated tirelessly for affordable housing, accessible healthcare, and minority opportunities in higher education. Raised in Baltimore's Edgar Allen Poe housing projects (the first public housing units in Baltimore); Rawlings went to Morgan State University, where he was inspired by a math professor to pursue studies in mathematics. After graduating with a B.A. in mathematics, he continued his studies at the University of Wisconsin, receiving a M.S. in mathematics.

While pursuing doctoral studies at the University of Maryland, Rawlings became interested in increasing the opportunities for African Americans in higher education. As an organizer and co-chair of the University of Maryland Baltimore County Black Caucus, Rawlings gained experience in coalition building and legislative advocacy. This led to a position as head of the healthcare advocacy group the Maryland Community Health Counsel, and his decision to run for State Delegate in 1978.

Rawlings was elected in 1979 to the Maryland House of Delegates, to represent the 40th District in Baltimore City. Rawlings became a key player in the legislature, making contributions in the areas of housing, health, education and economic development. As chair of the Appropriations Committee, he wass one of the House's most influential members. Rawlings was at the forefront of reforming inner city public schools and has authored legislation that would ban racial profiling in Maryland.

Rawlings sat on numerous boards including the Maryland Education Coalition, the Maryland Historical Society and the Maryland Low Income Housing Coalition. He has sat on various statewide and national task forces including the Governor's Task Force to Reform the State Personnel Management System; the Task Force on Education Funding Equity, Accountability, and Partnerships; and the Task Force to Study the Governance, Coordination, and Funding of the University System of Maryland. In 1997, Rawlings received the Education Commission of the States' Chairmen's Award for Outstanding Service, and in 1999 he was named by Baltimore Magazine as one of the Baltimoreans of the year.

Rawlings lived in the 40th District, in Baltimore City, with his wife Nina. They have three children. Rawlings passed away on November 14, 2003.

See how Howard "Pete" Rawlings is related to other HistoryMakers
Donate Now
Click Here To Explore The Archive Today! 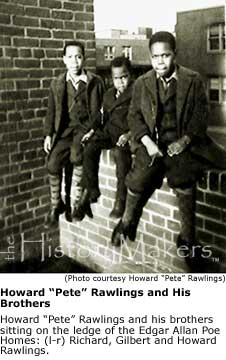 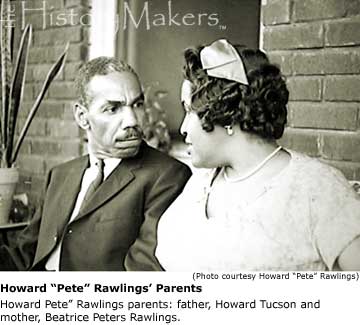