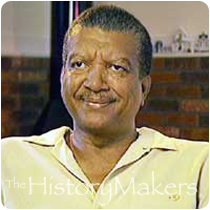 See how Howard Brown, Jr. is related to other HistoryMakers
Donate Now

Financier and civil servant Howard Brown, Jr., was born in Eutaw, Alabama, on September 4, 1945, but at an early age he moved with his family to Atlanta. His mother, Bertha, was a teacher, and his father, Howard Brown, Sr., was a bulldozing contractor. After earning his early and high school education in Atlanta, he remained in town, attending Morehouse College and earning his B.A. in 1970. From there he went on to attend the University of Connecticut School of Law, graduating in 1973.

After finishing law school, Brown went to work for the Hartford Insurance Group, rising to associate counsel before he left in 1978. From 1978 to 1981, Brown served as the chief operations officer of O'Sullivan Fuel Oil, where he presided over the expansion of the business. Brown moved into the public sector in 1982, taking a position with the Connecticut Department of Banking, where he headed the legal staff, and by 1985 he was the banking commissioner. While in this role, he became chairman of the National Federal Legislation Committee of the Conference of State Bank Supervisors and was called upon to testify before various committees of the federal government. Brown returned to the private sector in 1992, as the vice president of public finance for Kidder, Peabody & Co. in New York. In 1995, Brown co-founded Greystone Community Reinvestment Associates and is currently the company's chairman and CEO. Greystone structures affordable housing mortgages that are backed by investment securities.

Brown is a founding member of the Connecticut Chapter of the National Association of Securities Professionals and has served on the board of directors of the University of Connecticut School of Law Foundation, the Metropolitan YMCA, the Mark Twain House and the Connecticut Advisory Board to BankBoston Development Company. He is listed in Who's Who in Government Service and has received the Achievement Award as Outstanding Role Model in the Hartford Community. Brown and his wife, Elizabeth, reside in Connecticut.

See how Howard Brown, Jr. is related to other HistoryMakers
Donate Now
Click Here To Explore The Archive Today!