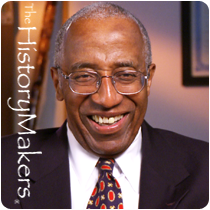 "Get up with something on your mind."

Educator, consultant, and author, Howard G. Adams was born on March 28, 1940 in Pittsylvania County, Virginia to Delsia Mae Waller Adams and Daniel Boone Adams. As a child, he helped his father on the family farm and enjoyed exploring nature. Adams attended Southside High School, Blairs, Virginia. During high school, he worked after-school as a kitchen helper at the Greyhound bus station in Danville, Virginia. In 1958, Adams graduated from high school, and then moved Paterson, New Jersey to escape from the segregated south. In 1959, Adams enrolled at the Norfolk Division of Virginia State College (now Norfolk State University) where he majored in biology. In order to finance his education, Adams worked at a supermarket and, during his senior year, at a fast food restaurant. Adams was active on campus, serving as Cadet Captain in the ROTC Military Science Program, president of the sophomore and senior classes, president of the biology club, and vice president of the student government association. He received his B.S. degree in biology from Norfolk State College in 1964.

That same year, Adams began his professional career as a general science teacher at Jacox Junior High School in the Norfolk City Schools System. He also received his M.S. degree in biology from Virginia State College (now Virginia State University) in 1968 as a National Science Foundation In-Service Fellow. In 1970, Norfolk State University President Lyman Beecher Brooks recruited Adams to serve as the school’s first director of alumni affairs. After three years in that position, he was promoted to vice president for student affairs at Norfolk State University. Adams also enrolled in Syracuse University’s higher education administration program, receiving his Ph.D. degree in 1978. Adams then accepted the position of executive director of the National Consortium for Graduate Degrees for Minorities in Engineering and Science, Inc. In 1989, President Ronald Regan appointed Adams to a U.S. congressional task force on women, minorities and the handicapped in science and technology. Adams founded his consulting company, H.G. Adams & Associates, Inc. in 1995.

Adams has received numerous awards including the Centennial Medallion from the American Society of Engineering Education. He was named a 20th Century Outstanding Educator by Black Issues in Higher Education and he also received the Golden Torch Award Lifetime Achievement in Academia from The National Society of Black Engineers. Adams was named by President Clinton as one of the first recipients of the Presidential Awards for Excellence in Science, Mathematics, Engineering and Mentoring. In addition, Adams is a board member of the American Association of Blacks in Higher Education and was a former faculty member of AABHE’s Leadership and Mentoring Institute. He has written three books including his 2002 book “Get Up with Something on your Mind! Lessons for Navigating Life” and over fifteen self-help guides and handbooks. Adams is married to the Eloise Adams, Ph.D. and they have one daughter, Stephanie Glenn Adams, Ph.D.

Howard Adams was interviewed by The HistoryMakers on February 8, 2012.