Information about The Honorable Zulima Farber 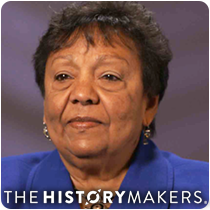 See how The Honorable Zulima Farber is related to other HistoryMakers

Lawyer Zulima Farber was born on September 21, 1944 in El Caney, Cuba to Lourdes Portes Feraud and Castulo Feraud. She left Cuba along with her oldest brother and sister and moved to St. Mary, Jamaica to attend boarding school in 1958. She returned to Cuba in 1960 and continued her education until 1961, when she and her siblings then moved to West New York, New Jersey where she graduated from Memorial High School. Farber received her B.A. degree in Spanish in 1968, and her M.A. degree in Spanish literature in 1970, both from Montclair State College. Farber then attended Rutgers School of Law-Newark where she earned her J.D. degree in 1974.

In 1974, Farber worked as a City of Newark Department of Health and Welfare legal specialist. In 1975, she was named Bergen County assistant prosecutor and served as grand jury section chief in 1976 and trial section assistant chief in 1977. The following year, Farber was appointed assistant counsel to Governor Brendan Byrne. In 1981, she joined the law firm of Lowenstein Sandler LLP; and, in 1986, became the first female to be made partner. In 1992, Farber served as the State of New Jersey public advocate/public defender. She returned to Lowenstein Sandler in 1994, serving on the firm’s executive committee in 1995. Farber was appointed state attorney general in 2006 and became the first African American female and Hispanic in this role as well as the first Hispanic female to serve as acting governor of New Jersey. In 2007, Farber and retired in 2011.

Zulima Farber was interviewed by The HistoryMakers on October 23, 2018.

See how The Honorable Zulima Farber is related to other HistoryMakers