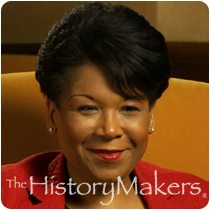 Ohio State Justice Yvette McGee Brown was born in Columbus Ohio to Sylvia Kendrick on July 1, 1960. After graduating from Columbus, Ohio’s Mifflin High School, McGee Brown attended Ohio University in Athens, Ohio. She graduated with her B.S. degree in journalism from Ohio University in 1982. Three years later, McGee Brown graduated from Ohio State University’s Moritz College of Law with her J.D. degree in law. In 1992, McGee Brown was elected to the Franklin County Court of Common Pleas, Domestic Relations and Juvenile division. As lead Juvenile Court Judge, she led the creation of the Family Drug Court and the SMART Program, a truancy and educational neglect intervention program. After nine years on the Franklin County Court of Common Pleas, she retired from the bench to create the Center for Child and Family Advocacy at Nationwide Children’s Hospital, a multi-disciplinary child abuse and family violence program. In 2008, McGee Brown was also elected to the Ohio Elections Commission. After serving as founding president for the Center for Child and Family Advocacy, McGee Brown became a candidate for lieutenant governor of Ohio, tabbed by then Governor Ted Strickland in 2010. Strickland appointed her to the Ohio Supreme Court after losing his gubernatorial bid. McGee Brown became the first African American woman to be appointed to the Supreme Court of Ohio.

Justice McGee Brown is married to Tony Brown. They have three children and one grandson.

Justice Yvette McGee Brown was interviewed by The HistoryMakers on April 6, 2012.

See how The Honorable Yvette McGee Brown is related to other HistoryMakers
Click Here To Explore The Archive Today! 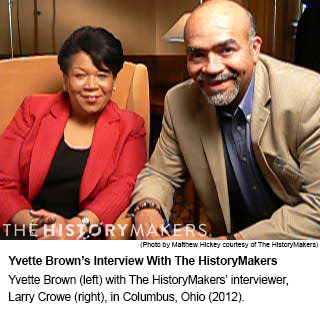