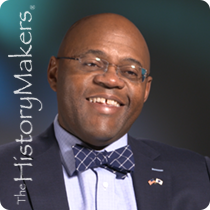 Favorite Color:
Blue
Favorite Food:
Grilled Lamb
Favorite Time of Year:
Spring
Favorite Quote:
You Are Better Than No One, But You Can Be Anyone's Equal.

Favorite Color:
Blue
Favorite Food:
Grilled Lamb
Favorite Time of Year:
Spring
Favorite Quote:
You Are Better Than No One, But You Can Be Anyone's Equal.

Lawyer and political leader William “Mo” Cowan was born on April 4, 1969 in Yadkinville, North Carolina to machinist William Hall and seamstress Cynthia Cowan. In 1987, Cowan graduated from Forbush High School in East Bend, North Carolina. He earned his A.B. degree in sociology from Duke University in Durham, North Carolina; and received his J.D. degree from Northeastern University School of Law in Boston, Massachusetts in 1994.

From 1997 to 2009, Cowan served on the litigation team at the law firm of Mintz Levin in Boston, Massachusetts, eventually becoming a partner. He served as an advisor to both Massachusetts Governor Mitt Romney and Middlesex District Attorney Gerard T. Leone Jr. In 2009, he became chief legal counsel to Massachusetts Governor Deval L. Patrick, where he oversaw all legal operations for the Governor’s office. Cowan then served as Governor Patrick’s chief of staff in 2011, where he helped develop the governor’s budget and pass legislation like the Expanded Gaming Act. Governor Patrick then appointed Cowan as interim United States Senator until July 15, 2013. Cowan was the second African American senator to represent Massachusetts, as well as the first African American U.S. Senator to serve concurrently with another African American senator. Cowan chaired the Subcommittee on Nutrition, Specialty Crops, Food and Agricultural Research, and sponsored several bills during his service. After his time in the U.S. Senate, Cowan joined the Boston law firm of Mintz Levin as counsel, and served as president and chief executive officer of ML Strategies, LLC.

Cowan and his wife, Stacy Cowan, have two sons, Miles and Grant.

William “Mo” Cowan was interviewed by The HistoryMakers on October 20, 2016.

See how The Honorable William "Mo" Cowan is related to other HistoryMakers
Click Here To Explore The Archive Today!