Information about The Honorable William Jefferson 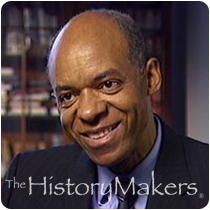 See how The Honorable William Jefferson is related to other HistoryMakers

Congressman William J. Jefferson was born in Lake Providence, Louisiana, on March 14, 1947. Jefferson graduated from Southern University A&M and went on to graduate from Harvard University's School of Law. In 1996, Jefferson received his LL.M. degree in taxation from Georgetown University.

After graduating from Harvard, Jefferson established the law firm of Jefferson, Bryan and Gray, which went on to become the largest predominantly African American law firm in the South. Entering public service, Jefferson spent some time as an officer in the Judge Advocate General's Corps, and then as a law clerk for Alvin B. Rubin of the U.S. District Court for the Eastern District of Louisiana. Jefferson later served as a legislative assistant to Senator J. Bennett Johnson. In 1980, Jefferson was elected to the Louisiana State Senate, where he was twice named Legislator of the Year by the Alliance for Good Government. Jefferson's move to Washington, D.C., came in 1991 with his election to the U.S. House of Representatives, where he continued to serve. In the House, Jefferson served on the powerful Committee on Ways and Means, and served as co-chairman of the Africa Trade and Investment Congressional Caucus. Jefferson was also chairman of the Congressional Black Caucus.

Jefferson was active in spreading technology and education to individuals in his own district, and across the country, as he sought to remove the technological barriers that divide many people. For his efforts in bolstering technology initiatives, the Information Technology Industry Council named Jefferson Legislator of the Year. Jefferson also worked hard in Congress to bolster both domestic and international trade, leading both the Africa Growth and Opportunity Act and the New Markets Initiative to passage. For his efforts with the economy, the U.S. Chamber of Commerce presented Jefferson with its annual Spirit of Enterprise award. Jefferson and his wife, Dr. Andrea Green Jefferson, raised five daughters.

See how The Honorable William Jefferson is related to other HistoryMakers
Click Here To Explore The Archive Today!