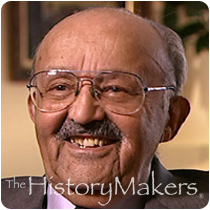 See how The Honorable William H. Murphy, Sr. is related to other HistoryMakers
Donate Now

Community activist Judge William H. Murphy, Sr., has been a progressive force in Baltimore, Maryland, society for well over a half century. He was born on April 20, 1917, into the Baltimore black elite. However, his life has been spent upholding the rights of the underprivileged. His concern for others came from his parents- both of whom were politically and socially active. In fact, it was his paternal grandfather who founded Baltimore's African American newspaper The Afro-American. His father worked as a high school principal and was also extremely involved in various community organizations, including the NAACP and the Urban League.

After graduation from Oberlin College in 1939, Murphy enrolled at the University of Maryland Law School. He was the third African American student enrolled there. The President of the University even attempted to dissuade Murphy from attending by offering to pay for his tuition and expenses to Harvard Law School. Rejecting this offer, Murphy continued his studies at the University of Maryland Law School for two years, until he was drafted to fight in World War II. He completed his J.D. in 1946 and went into a private practice in Cherry Hill, the working class neighborhood of Baltimore where he and his wife, Madeline, resided. Murphy and his family continued as active members of the Cherry Hill community until 2003.

In 1970, Murphy won a seat on the Maryland District Court, where he continued on as an active retired judge. Murphy was chairman of the board of Provident Hospital and a member of both the Elks and Alpha Phi Alpha. He was also the father of five children. Judge Murphy passed away on May 22, 2003.

See how The Honorable William H. Murphy, Sr. is related to other HistoryMakers
Donate Now
Click Here To Explore The Archive Today!