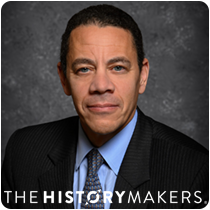 "Keep Your Eyes On The Prize"

Lawyer William E. Kennard was born on January 19, 1957, in Los Angeles, California, to Robert A. Kennard and Helen Z. King. He graduated from Hollywood High School, then received his B.A. degree in Communications Studies and graduated Phi Beta Kappa from Stanford University in Stanford, California in 1978. He received his J.D. degree from Yale Law School in New Haven, Connecticut in 1981.

Upon graduation from Yale Law School, Kennard was hired as a Legal Fellow with the National Association of Broadcasters (NAB) in Washington, DC. In 1982, he became an associate at the Washington, D.C. law firm of Verner, Liipfert, Bernhard, McPherson & Hand (now DLA Piper). The following year, he returned to the NAB as assistant general counsel and later returned to Verner, Liipfert, Bernhard, McPherson & Hand, as an attorney in 1984, where he later became a partner and member of the firm’s board of directors.

In 1993, Kennard became the general counsel of the Federal Communications Commission (FCC) in Washington, D.C. In 1997, President Bill Clinton appointed Kennard to become chairman of the FCC, also making him the first African American in history to hold that position.

In 2001, Kennard returned to the private sector and was named Managing Director of The Carlyle Group, a global asset management firm. He served in that position for eight years, where he led investments in the telecommunications and media sectors.

In 2009, President Barack Obama nominated Kennard to serve as the U.S. Representative to the European Union (EU) with the rank of Ambassador. Based in Brussels, Belgium, he led the U.S. efforts to promote transatlantic trade and investment and to eliminate excess regulatory barriers to international commerce.

In 2013, Kennard returned to the United States and the private sector. He co-founded Astra Capital Management in 2014, a private equity firm. Kennard also co-founded and serves as non-executive chairman of Velocitas Partners LLC, an asset management firm. In addition, he serves as a member of the Operating Executive Board of Staple Street Capital LLC, and previously served as a Senior Advisor to Grain Management, LLC, both private equity firms.

Kennard serves on the board of directors of AT&T, Inc., Ford Motor Company, Metropolitan Life Insurance Company, Inc., (MetLife), Inc., Duke Energy Corporation and is also a member of the Yale University Board of Trustees. He is the recipient of numerous honors and awards, including from the Congressional Black Caucus Foundation, the Easter Seals Foundation, the Hispanic Chamber of Commerce and the American Chamber of Commerce to the European Union. He received honorary degrees from Howard University, Long Island University, and Gallaudet University.

Kennard and his wife, Deborah Diane Kennedy, have one son, Robert.

William E. Kennard was interviewed by The HistoryMakers on October 30, 2017.