Information about The Honorable Wilford Taylor 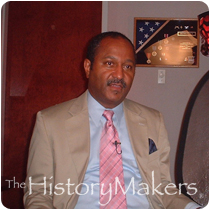 Wilford Taylor, Jr. was born on January 15, 1950 in Newport News, Virginia. His mother was a homemaker and later a teacher and his father was a mail carrier and chef. He grew up in Hampton, Virginia's Aberdeen community, which is now a historic landmark in the city. In 1968, Taylor was part of the first group of African Americans to integrate Hampton High School. While at Hampton High, he was a member of the football, baseball, track and tennis teams and the thespian club. He earned his high school diploma in 1968.

Taylor then attended Hampton Institute, where he earned his B.S. degree in business management in 1972. Following his graduation, he served in the United States army for the next three years, while earning his master's of commerce degree from the University of Richmond in 1975. In 1978, Taylor earned his law degree from the College of William and Mary. He started a law firm with good friend and attorney Bobby Scott, who is now a Congressman. In 1981, the firm merged with another firm and became Scott, Coles, Brown, Taylor and Melvin. From 1983 until 1985, Taylor worked as the Deputy City Attorney for Hampton. In 1985, Taylor made history, becoming Hampton's first full time African American judge. He served as a judge in the General District Court until 1995, when he was appointed to the Circuit Court, a position he holds today.

Taylor is an adjunct professor at his alma mater, teaching trial advocacy and therapeutic jurisprudence. He is a member of numerous organizations including the American Judges Association, Virginia State Bar Association and Lawyers Helping Lawyers Committee.

He and his wife, Linda, reside in Hampton and have two grown children.

See how The Honorable Wilford Taylor is related to other HistoryMakers
Donate Now
Click Here To Explore The Archive Today!