Information about The Honorable Wayman Smith 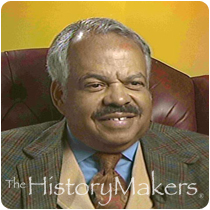 Mentored by St. Louis attorneys Margaret Bush Wilson and Frankie Freeman, Smith worked on housing legislation for the Missouri Commission on Human Rights in 1966; this legislation designated the real estate office as a place of public accommodation. Smith entered into private practice in 1968; in 1970, he was appointed a City Court Judge, serving until 1975. Smith then served on the St. Louis City Council from 1975 to 1987 and was once president of the council’s Black Caucus. Pressure on Anheuser-Busch by Rev. Jesse Louis Jackson, Sr.’s Operation PUSH, resulted in Anheuser-Busch’s hiring of Smith in 1980 as the first African American member of the Corporate Affairs Department. Working with Augie Busch, Smith created a $200 million minority business development program. Smith eventually became vice president of corporate affairs for Anheuser-Busch Companies, and a member of the board of directors of Anheuser Busch, Inc.

Smith served as a member of the board of directors of Howard University from 1989 to the time of his HistoryMakers interview, and chairman from 1991 to 1995. Smith was senior partner at The Smith Partnership, P.C., St. Louis, Missouri, and a partner in the law firm of Wilson, Smith & McCullin. Smith’s numerous civic board memberships include: the Congressional Black Caucus Foundation; National Urban League; National Association of Sickle Cell Disease, Inc.; St. Louis Symphony; and St. Louis Metropolitan YMCA. Chairman of the Board of Regents of Harris Stowe State College, Smith was also listed in Who’s Who in America and Who’s Who in Black America. Smith held memberships in the American Bar Association, Missouri, Mound City, and National Bar Association, Missouri Chapter.

See how The Honorable Wayman Smith is related to other HistoryMakers
Donate Now
Click Here To Explore The Archive Today!