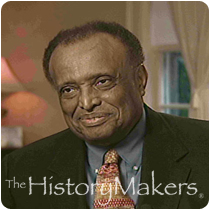 See how The Honorable Walter C. Carrington is related to other HistoryMakers
Donate Now

Ambassador Walter Charles Carrington was born on July 24, 1930, in New York City to Marjorie Irene Hayes and Walter R. Carrington, an immigrant from Barbados. Raised in a predominately Italian-Irish community, Carrington attended Hancock School and Hale School in Everett, Massachusetts. Carrington was elected vice president of his class throughout his four years at the predominantly white Parlin Junior High and Everett High School. Graduating in 1948, Carrington became one of four black students at Harvard University; there, he founded the first Harvard chapter of the NAACP. Attending the NAACP National Convention in 1950, Carrington met Clarence Mitchell and Thurgood Marshall. In 1952, Carrington was elected the NAACP Youth Council delegate to Senegal, French West Africa. That same year, Carrington graduated from Harvard University, and as Alpha Phi Alpha Big Brother, met Martin Luther King, Jr., then at Boston University. He attended the 1954 World Assembly of Youth in Singapore and met Indian activist Vinoba Bhave. Carrington was also vice chair of Students for Stevenson. Entering the United States Army in 1955, Carrington served as a clerk typist in Germany; after the service, he enrolled in Harvard Law School, earning his J.D. degree in 1958.

At age 27, Carrington was appointed commissioner of the Massachusetts Commission Against Discrimination; after a year, he entered into practice with the law firm of Naples, Carrington and Ruland. Carrington organized for John F. Kennedy in 1960 and from 1961 to 1971 served in the Peace Corps, eventually becoming the Peace Corps director of Africa. Carrington then served as executive vice president of the African American Institute from 1971 to 1979 and was also a member of Africare. In 1980, Carrington served President Jimmy Carter as Ambassador to Senegal. In 1981, Carrington was named director of the Department of International Affairs at Howard University. He also taught at Marquette University, Massachusetts Institute of Technology and Washington College and from 1990 to 1991 acted as a consultant at the Joint Center for Political and Economic Studies.

In 1993, President Clinton appointed Carrington Ambassador to Nigeria where he opposed the abuses of President Sani Abacha. From 1997 to 1998, and again in 1999, Carrington worked as a fellow of Harvard University’s W.E.B. DuBois Institute. He was also a MacArthur Fellow in 1998. In 2004, Carrington was named the first African American Warburg Professor of International Relations at Simmons College in Boston.

See how The Honorable Walter C. Carrington is related to other HistoryMakers
Donate Now
Click Here To Explore The Archive Today!