Information about The Honorable Vera Hall 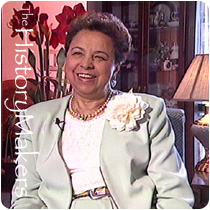 Vera P. Hall was born on February 17, 1937 in Bolton, North Carolina. Her mother was a homemaker and her father was a barber. As a child, Hall enjoyed reading and sewing, even creating her own patterns. She earned a diploma from Armour High School in Armour, North Carolina in 1955. While in school, she was a member of the Hobby and Glee clubs and worked as a school bus driver.

Upon graduation, Hall married her husband, Lawrence, while attending design school in Raleigh, North Carolina. While married with a young child she attended Coppin College and earned her B.S. degree in 1962. She worked as an educator in the Baltimore City public school system from 1962-1975. In 1963, Hall helped to integrate city schools when she was the first African American teacher assigned to an all white school in the city’s “Little Italy” community. During that time she became involved in Maryland state politics, and in 1972 she was appointed to the state central committee by former Maryland Governor, Marvin Mandell.

From 1975 until 1979, Hall worked as a reading specialist for the Maryland State Department of Education. In 1979, she was promoted to assistant superintendent of state schools; she held that post until 1983. Hall was successful in merging education and politics when she accepted a job as legislative liaison at Morgan State University from 1983-1992. While working at Morgan she successfully ran for a seat on the Baltimore City Council. Hall represented the city’s fifth district from 1987-1995. While serving on the council, she also held the position of vice chair of the Maryland Democratic Party from 1989-1992.

Hall made history in 1992 when she was elected as the first African American woman chair of a state democratic party, a position she won by just one vote. Three years later she unsuccessfully ran for Baltimore City Council President and lost by less than 5000 votes.

Hall is an avid quilter and seamstress. She and her husband have two adult children and live in Baltimore, Maryland.

See how The Honorable Vera Hall is related to other HistoryMakers
Donate Now
Click Here To Explore The Archive Today!