The Honorable U. W. Clemon

Information about The Honorable U. W. Clemon 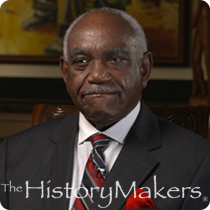 See how The Honorable U. W. Clemon is related to other HistoryMakers
Donate Now

After his graduation from Miles College, Clemon was active in the Civil Rights Movement in Birmingham, Alabama. He marched with Dr. Martin Luther King, Jr. in 1963 and helped desegregate the Birmingham Public Library. While enrolled in law school, Clemon worked part-time in the New York office of the NAACP Legal Defense Fund. After receiving his J.D. degree, Clemon returned to Birmingham and joined the law firm of Adams, Burg, & Baker. In 1969, on behalf of the University of Alabama’s black student organization, Clemon brought a lawsuit against football coach Paul “Bear” Bryant to force him to recruit black athletes. In 1974, Clemon was elected to represent the 15th District in the Alabama State Senate. He was one of the first African Americans elected to the Alabama Senate since Reconstruction, and chaired the Senate Rules Committee and the Judiciary Committee. Clemon fought against Governor George Wallace’s exclusion of African American citizens from state boards and agencies, as well as his reinstatement of the death penalty. In 1977, Clemon was credited with the defeat of an effort by conservative lawmakers at the federal level to reform the Fifth Circuit Court. In 1979, Clemon’s representation of police brutality victims led to an establishment of a biracial committee to improve relations between the African American community and the police, as well as the election of Richard Arrington, Jr., the first African American mayor of Birmingham. The following year, President Jimmy Carter appointed Clemon as Alabama’s first African American federal judge. He served on the U.S. District Court for the Northern District of Alabama and rose to the position of Chief Judge in 1999, a position he held until 2006. Clemon retired from the bench in 2009, after serving for twenty-nine years. Clemon then returned to his private law practice at White, Arnold, & Dowd.

Clemon and his wife, Barbara, have two children, Isaac and Michelle.

U.W. Clemon was interviewed by The HistoryMakers on May 3, 2017.

See how The Honorable U. W. Clemon is related to other HistoryMakers
Donate Now