Information about The Honorable Todd Stroger 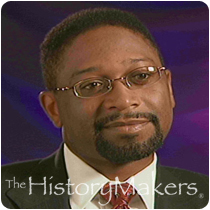 Todd Herman Stroger was born on January 14, 1963, in Chicago, Illinois. The son of the late Cook County Board President John Stroger, Todd was introduced to politics at an early age. He attended St. Felicitous Elementary School and St. Ignatius College Preparatory. After graduating from St. Ignatius in 1981, Stroger spent a year at the University of Wisconsin at Madison and a semester at the Illinois Institute of Technology before transferring to his father’s alma mater, Xavier University, in New Orleans. At Xavier, Stroger majored in history. It was here that he also met his future wife, the former Jeanine Baddoo. They have one son, Hans Eric, named after Stroger’s late brother.

Upon graduation, Stroger returned to Chicago, working at the Water Reclamation District and the Circuit Court of Cook County before pursuing a career in investment banking. He was elected to the Illinois House of Representatives in 1992. As a member of the Illinois General Assembly, Stroger served as Chairperson of the Labor & Commerce Committee. He also served on committees dealing with computer technology, insurance and the environment. Among the bills he sponsored was one that would allow college teaching assistants and graduate assistants to form unions.

In 2006 Stroger's father, John Stroger resigned from his post as Cook County Board president due to health reasons. The Cook County Democratic Central Committee chose Stroger to replace his father and run for board president. Stroger won the election against Tony Peraica on November 7, 2006.

See how The Honorable Todd Stroger is related to other HistoryMakers
Donate Now
Click Here To Explore The Archive Today!