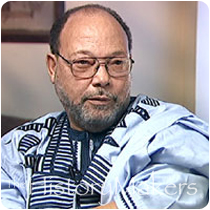 See how The Honorable Theodore Newman, Jr. is related to other HistoryMakers
Donate Now

After earning a philosophy degree from Brown University in 1955, Newman studied constitutional law and jurisprudence at Harvard Law School. He earned his law degree in 1958 and then began a three-year tour of duty with the U.S. Air Force as a judge advocate stationed in France. Upon his return to civilian life, Newman took a job with the Civil Rights Division of the Department of Justice. He entered private practice in 1962 in Washington, D.C.

In November 1970, Newman became an associate judge of the Superior Court of the District of Columbia, the court of general trial jurisdiction for the district. He served in that capacity until his appointment in October 1976 as chief judge of the Court of Appeals. Newman joined the Board of Trustees at Brown University in 1979, and the following year, Brown University conferred an honorary doctorate of laws upon him. In 1984, he became an associate judge of the Court of Appeals, and held that position until 1991, when he retired and received status as a senior judge.

Newman has been very active over the years in several legal organizations. He is a fellow of the American Bar Foundation of the American Bar Association, a past president of the National Center for State Courts, and former chairman of the Judicial Council of the National Bar Association. The National Bar Association bestowed Newman with its highest honor, the C. Francis Stradford Award, for his outstanding service in the struggle for equal justice. In 1988, the board's Judicial Council gave him its highest honor, the William H. Hastie Award.

Newman has also lectured at Harvard Law School and held adjunct professorships at Howard University Law School and the Georgetown Law Center. He has traveled extensively in Africa.

See how The Honorable Theodore Newman, Jr. is related to other HistoryMakers
Donate Now
Click Here To Explore The Archive Today!