The Honorable Theodore A. McKee

Information about The Honorable Theodore A. McKee 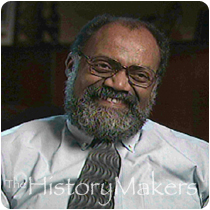 See how The Honorable Theodore A. McKee is related to other HistoryMakers

Judge Theodore A. McKee was born June 5, 1947, in a farming community near Rochester, New York; his mother, Etta V. Payne, was from Culpepper, Virginia, and his father, Clarence V. McKee, was the first black high school basketball player in the state of Indiana. McKee attended Chili Central School in Wheatland, New York, and graduated from Chili Central High School in 1965. McKee attended State University of New York (SUNY) at Cortland, where he played football, graduating in 1969.

McKee worked as director of minority recruitment at SUNY Binghampton and recruited students for Jackson State University in Mississippi before enrolling in Syracuse University College of Law. McKee graduated from law school magna cum laude and Order of the Coif; he began his legal career at the firm of Wolf, Block, Schorr and Solis-Cohen in 1975. From 1977 to 1980, McKee served as assistant United States attorney for the eastern district of Pennsylvania. McKee was appointed deputy city solicitor for the city of Philadelphia and then was hired in 1983 as general counsel for the Philadelphia Parking Authority. In 1984, McKee was elected judge of the Court of Common Pleas, First Judicial District, Pennsylvania, where he presided over bench trials. McKee was nominated to the United States Court of Appeals for the Third Circuit by President Clinton in 1994, occupying the seat vacated by Judge A. Leon Higginbotham.

McKee’s community activities include service on the board of the Crime Prevention Association; the Diagnostic and Rehabilitation Center of Philadelphia; and New Directions for Women, Inc. McKee is also is a member of the World Affairs Council and the Urban League of Philadelphia. McKee serves as a trustee of the Edna McConnell Clark Foundation and of Temple University. Father of two daughters, McKee is a volunteer at Germantown Friends School in Germantown, Pennsylvania.

See how The Honorable Theodore A. McKee is related to other HistoryMakers
Click Here To Explore The Archive Today!