Information about The Honorable Terry Hillard 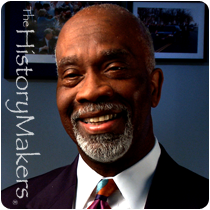 Former Chicago police superintendent Terry G. Hillard was born on August 11, 1943 in South Fulton, Tennessee. One of ten children, Hillard’s family moved to Chicago when he was still young. He enlisted in the U.S. Marine Corps in 1963 and served in Vietnam for thirteen months where he was awarded four medals and a Presidential Unit citation. After returning to Chicago in 1968, Hillard entered the Chicago Police Training Academy. He also attended Chicago’s Loop Junior College where he earned his A.A. degree. He went on to receive his B.S. and M.S. degrees in corrections from Chicago State University in 1976 and 1978, respectively.

Hillard worked his way through the police ranks, becoming a patrol officer after Police Training Academy. He then served as a gang crimes specialist and was shot twice in the line of duty. In 1979, Hillard was chosen to be a member of the Mayoral Executive Security Detail and served under Chicago Mayors Jane M. Byrne and Harold Washington. He was later promoted to Intelligence Division Sergeant, 6th District commander, and became Chicago’s first African American chief of detectives. He then became coordinator of the Chicago Terrorist Task Force. He was serving as lieutenant in gang crimes and narcotics when Mayor Richard M. Daley appointed him as the police superintendent for the city of Chicago where he served for five years before retiring. In 2004, he co-founded and became partner at Hillard Heintze.

Hillard has received several awards for his courage in the police force including the Blue Star Award, the Police Medal, and the Superintendent’s Award of Valor. He holds Honorary Doctoral degrees from Lewis University, Saint Xavier University, and Calumet College of Saint Joseph. In 2005, he contributed to the book Chicago Police: An Inside View – The Story of Superintendent Terry G. Hillard, written about his leadership in the Chicago Police Department.

Hillard lives with his wife Dorothy and their two children, Terri Lee and Dana.

Terry Hillard was interviewed by The HistoryMakers on May 24, 2010.

See how The Honorable Terry Hillard is related to other HistoryMakers
Donate Now
Click Here To Explore The Archive Today!