The Honorable Terri A. Sewell

Information about The Honorable Terri A. Sewell 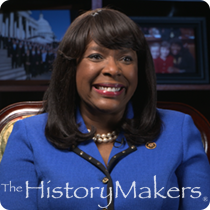 See how The Honorable Terri A. Sewell is related to other HistoryMakers
Donate Now

Lawyer and political official Terri A. Sewell was born on January 1, 1965 in Huntsville, Alabama to Andrew A. Sewell and Nancy Gardner Sewell. She graduated from Selma High School in 1982, and received her B.A. degree from Princeton University in Princeton, New Jersey in 1986. In 1988, Sewell received her M.A. degree from Oxford University. She then went on to attend Harvard Law School, where she earned her J.D. degree in 1992.

Sewell began her political career working for Congressman Richard Shelby and Senator Howell Helfin. After graduating from Harvard Law School, Sewell served as a law clerk to Chief Judge U.W. Clemon of the U.S. District Court for the Northern District of Alabama. In 1994, Sewell began working at the law firm of Davis, Polk, & Wardwell, where she served as a securities lawyer for more than a decade. She returned to Alabama in 2004 and took a position as partner at the law offices of Maynard, Cooper, & Gale, P.C. Sewell distinguished herself as one of the few African American public finance lawyers in the State of Alabama. Her clients included the City of Selma, Dallas County Water Authority, Alabama State University, and Stillman College. In 2010, Sewell was elected to the United States House of Representatives as a representative from Alabama’s 7th District and as the first African American woman to serve in the Alabama Congressional delegation. Sewell was reelected to the House of Representatives three more times.

Sewell has served in numerous organizations, including as the chair and treasurer of St. Vincent’s Foundation’s board, as a board member of the Girl Scouts of Cahaba Council, as a board member of the Alabama Chapter of the National Multiple Sclerosis Society, on the Community Advisory Board for the University of Alabama-Birmingham Minority Health and Research Center, on the Governing Board of the Alabama Council on Economic Education, and as a member of the Corporate Council for the Birmingham Art Museum. Sewell has also provided free legal services to the homeless, mentored girls of color through Dreams into Action, and served on the Alumni Advisory Board of Sponsors of Educational Opportunity.

Terri A. Sewell was interviewed by The HistoryMakers on May 3, 2017.

See how The Honorable Terri A. Sewell is related to other HistoryMakers
Donate Now
Click Here To Explore The Archive Today!