Information about The Honorable Sylvester Turner 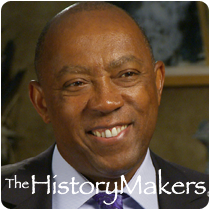 State representative and lawyer Sylvester Turner was born on September 27, 1954 in Acres Homes, Texas. His mother was a maid at the Rice Hotel and his father, a commercial painter. Turner was raised with eight brothers and sisters. In 1973, he graduated as the valedictorian of Klein High School. Four years later, Turner received his B.A. degree in political science from the University of Houston, after which he attended Harvard Law School, where he received his J.D. degree in 1980.

Turner was hired at the Houston-based law firm Fulbright & Jaworski. After three years, Turner left and formed his own law firm with partner Barry M. Barnes. Barnes & Turner specialize in corporate and commercial law. In 1984, Turner ran for a Harris County Commissioner seat, but he lost to El Franco Lee. In 1988, he won the seat in the Texas House of Representatives for District 139, a mostly minority district. Turner also taught at the Thurgood Marshall School of Law at Texas Southern University, the South Texas College of Law, and at the University of Houston Law School’s continuing legal education program. He also ran for the mayor of Houston twice, once in 1991 where he lost in a hotly contested race, and again in 2003, where he lost to Bill White. In 2003, Turner became the Speaker Pro Tempore in the Texas House of Representatives, a post he held until 2009. His major legislative accomplishment, HB 109, expanded access to the children’s health insurance program and was passed in 2007.

Turner sits on the State Affairs committee and is the Vice Chair of the Appropriations Committee. He is also on the Subcommittee on the Current Fiscal Condition. He is a member of Brookhollow Baptist Church and has one daughter, Ashley Paige Turner.

Sylvester Turner was interviewed by The HistoryMakers on August 15, 2012.

See how The Honorable Sylvester Turner is related to other HistoryMakers
Donate Now
Click Here To Explore The Archive Today!