Information about The Honorable Sylvester Rhem 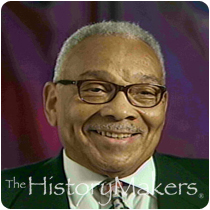 Sylvester O. Rhem was born on November 19, 1929, in Chicago, Illinois. After graduating from Englewood High School in 1948, Rhem embarked upon a career as a mail carrier with the United States Post Office. In 1956, Rhem joined the Chicago Police Department, working in the Vice, Burglary and Task Force Units. He remained with the police department until 1965, when he accepted a position with the Urban Progress Center, a social service organization. During this time, Rhem earned a degree in public administration from DePaul University.

In 1976, Rhem joined the staff of the Department of Human Services for the City of Chicago. He remained with the department until 1984. While there, he was elected to the Illinois House of Representatives, where he served from 1981 to 1985. While in the state legislature, Rhem worked with commissions that dealt with the issues of rape, veteran’s affairs and insurance, serving as Vice-Chairman for the latter.

He retired from public service in 1985, and is currently a management consultant with A.J. Rhem and Associates, a technology services consulting firm. He has continued to be active in many organizations, including the Greater North Michigan Avenue Businessmen’s Association, the Chicago Patrolmen’s Association, the Greater Boy Scouts of America and the Knights of Peter Claver. He and his wife are the parents of one son. In addition, they have four grandchildren and four great-grand children.

See how The Honorable Sylvester Rhem is related to other HistoryMakers
Donate Now
Click Here To Explore The Archive Today!