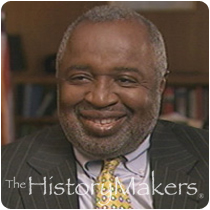 See how The Honorable Sterling Johnson, Jr. is related to other HistoryMakers
Donate Now

Throughout his long and varied career, Judge Sterling Johnson has been a socially progressive force and has served with conscientious integrity. Johnson was born on May 14, 1934, in Brooklyn, New York, growing up with his parents, three sisters and one brother in the Bedford-Stuyvesant neighborhood. Restless as a youth, Johnson graduated from high school only because his father insisted he do so in order to join the U.S. Marine Corps. Johnson joined the U.S. Marines and served for three years.

Johnson then returned to New York and joined the New York City Police Department in 1956 where he steadily moved up the ranks. At the same time, he began night school at Brooklyn College and obtained his degree after eight and a half years of part time study. After finishing, Johnson then went on to Brooklyn Law School graduating in 1966 in the top ten percent of his class.

In 1967, Johnson began the second phase of his law enforcement career as an Assistant United States Attorney for the Southern District of New York acquiring a reputation as a tough prosecutor. After three years, Johnson was appointed as executive director of the Civilian Complaint Review Board, investigating allegations of police misconduct and brutality. In 1974, Johnson was named executive liaison officer for the Drug Enforcement Administration in Washington, D.C. Subsequently, Johnson became the Special Narcotics Prosecutor for New York City for fourteen years garnering acclaim for his outspoken stance on the "war on drugs."

In 1991, President George Bush appointed Sterling Johnson as a federal judge to the United States District Court for the Eastern District of New York. Johnson credits his varied background in law enforcement for bringing a fresh and unique perspective to the federal court.

See how The Honorable Sterling Johnson, Jr. is related to other HistoryMakers
Donate Now
Click Here To Explore The Archive Today! 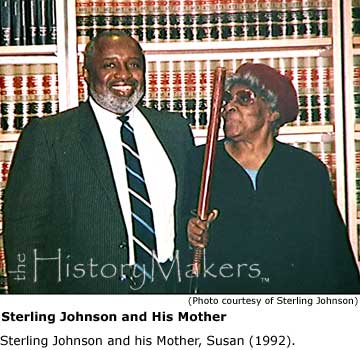