Information about The Honorable Stephanie Rawlings-Blake 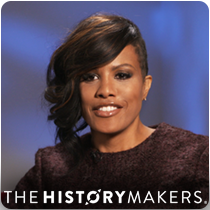 Rawlings-Blake served as chair of the Baltimore City Board of Estimates and the Baltimore Metropolitan Council Board of Directors. She co-chaired the UniverCity Partnership Initiative and served as a member of the Criminal Justice Coordinating Council, the Maryland Association of Counties Legislative Committee, the Economic Alliance of Greater Baltimore, the Maryland Municipal League, the Baltimore City Board of Legislative Reference, and the Maryland African American Museum Corporation. Rawlings-Blake also served on the board of trustees for the Walters Art Museum and St. Mary’s College of Maryland, as a delegate for the Democratic Party National Convention and as secretary for the National Conference of Democratic Mayors.

Rawlings-Blake has one daughter, Sophia.

Stephanie Rawlings-Blake was interviewed by The HistoryMakers on January 22, 2019.