Information about The Honorable Stephanie Davis 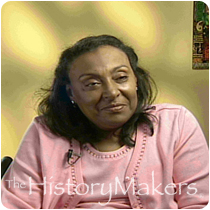 Magistrate Judge Stephanie Cecile Davis was born on May 22, 1958 in Atlanta, Georgia to Myrtle Reid Davis and Albert Miles Davis. Davis graduated from Northside High School in 1976, before receiving her B.A. degree from Stanford University in 1980, and her J.D. degree from Emory University in 1985.

Just after receiving her degree from Stanford University, Davis was involved in a life changing car accident that left her a paraplegic. The trauma from the experience was not enough to stifle her career goals; just five years later, she received her law degree. One year later, in 1986, Davis began working for the Superior Court of Fulton County as a law clerk and staff attorney.

In 1990, Davis worked as a staff attorney for the Georgia Court of Appeals. During her tenure, she became involved in several civic organizations, including the Atlanta Women’s Foundation, which is focused exclusively on the issues of women and girls in the metropolitan Atlanta community.

Davis was interviewed by The HistoryMakers on September 13, 2007.

See how The Honorable Stephanie Davis is related to other HistoryMakers
Donate Now
Click Here To Explore The Archive Today!