Information about The Honorable Steen Miles 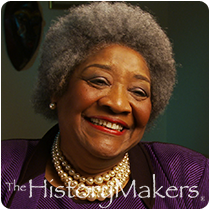 Favorite Color:
Red
Favorite Food:
Shrimp and Grits
Favorite Time of Year:
Spring
Favorite Vacation Spot:
Jamaica
Favorite Quote:
Trust In The Lord With All Thine Heart. Lean Not To Your Own Understanding. All Thy Ways Acknowledge Him And He Will Direct Your Path

Favorite Color:
Red
Favorite Food:
Shrimp and Grits
Favorite Time of Year:
Spring
Favorite Vacation Spot:
Jamaica
Favorite Quote:
Trust In The Lord With All Thine Heart. Lean Not To Your Own Understanding. All Thy Ways Acknowledge Him And He Will Direct Your Path

Miles began her journalism career in 1971, as a reporter/anchor for WNDU-TV in South Bend, Indiana. She then worked for WCKY Radio in Cincinnati, NBC’s WMAQ Radio in Chicago, and as news director for WBMX and WVON-WGCI in Chicago. From 1980 to 1984, she was State Broadcast Editor for United Press International in Atlanta, Georgia before joining WXIA-TV, the Atlanta NBC affiliate, where she served as assignment editor, managing editor and reporter-anchor from 1984 to 1999. In 2001, Miles was hired as chief media relations officer for Atlanta’s Metropolitan Rapid Transit Authority (MARTA), and served as the agency’s primary spokesperson. In 2003, she hosted the talk show “Faith in the City Forum,” a discussion of current events and public policy from diverse faith perspectives.

In 2005, Miles was elected to the Georgia State Senate serving District 43. While in the Senate, she wrote and/or co-sponsored seventy-one pieces of legislation and resolutions. Miles ran for Lieutenant Governor of Georgia in 2006, and in 2008, became a contributing columnist to The Champion Newspaper. She is a candidate in the 2014 elections for U.S. Senate.

During her esteemed career, Miles has been recognized with over 275 awards and honors from businesses, government, civic organizations, Greek organizations, churches, schools and universities. She has won three Emmy Awards and received four Emmy nominations. In 2012, Miles was awarded the 1st Place Editorial Writing Award by the Georgia Press Association, and in 2013, she was honored by 4th District Congressman Hank Johnson with an Outstanding Citizen Citation. In 1996, Miles was awarded the coveted Pioneer Journalist of the Year by the Atlanta Association of Black Journalists. She was an SCLC Women Mentor with the late Evelyn Lowery, and was featured in Who’s Who in Black Atlanta. Miles was invited twice to the White House as part of a select group of national journalists, and invited by the Speaker of the House to attend the ceremony where Nelson Mandela received the Congressional Gold Medal in 1998. In 2006, she was honored with the Keys to the City of South Bend, Indiana, her hometown.

Miles was a 2002 graduate of Leadership DeKalb and served on its board. She was also a 2005 graduate of the Regional Leadership Institute. In addition, Miles was an associate minister at the Greenforest Baptist Church in Decatur, Georgia. Her childhood memoir, Teenie: Newslady in Training, was published in 2007.

Miles lived in Decatur, and has two adult children, Kellie and Heather, and two grandchildren, William and Kellea.

Steen Miles was interviewed by The History Makers on February 17, 2014.

See how The Honorable Steen Miles is related to other HistoryMakers
Donate Now
Click Here To Explore The Archive Today!