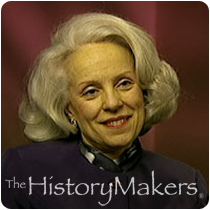 See how The Honorable Sophia H. Hall is related to other HistoryMakers
Donate Now

Sophia Hall was born on July 10, 1943 in Chicago, Illinois. After attending a parochial school, she went on to the University of Chicago Laboratory School, a high school program for gifted students. Hall attended the University of Wisconsin, earning her B.A. degree in history in 1964, and then attended Northwestern University School of Law, earning a J.D. degree in 1967.

After completing her law degree, Hall joined the firm of McCoy, Ming & Black in Chicago and remained there until 1976. During that time, she was also an administrative assistant to Stanley Kusper, Jr., former Clerk of Cook County, and was an adviser on election law. Hall joined Mitchell, Hall, Jones & Black in 1976, and she remained with them until her election to the bench in 1980. In 1983, she moved to criminal court, becoming the first woman to serve in that capacity in twenty years. She remained in that capacity for three years. By 1992, Hall was the Presiding Judge of the Juvenile Division, and today she is the Presiding Judge of Juvenile Justice and Child Protection and is also assigned to the Chancery Division. Former President Bill Clinton appointed Hall to the Board of the State Justice Institute in 1998, where she continues to serve today.

Hall is active on a wide variety of committees, including the Supreme Court Rules Committee and the Illinois Judicial Ethics Committee. She is active with a number of professional organizations, including the National Association of Women Judges, and is currently the chairperson of the National Conference of State Trial Judges of the Judicial Division of the American Bar Association. Hall is a life member of the NAACP and has served in various capacities at both state and local level. She has been inducted into the Today’s Chicago Woman Hall of Fame, received a Civil Rights Award from the Cook County Bar Association, and appeared in Who’s Who of America 46th Edition. Hall has written numerous articles for various publications, speaks at a wide number of venues each year and has appeared on a number of television and radio broadcasts.

Hall was interviewed by The HistoryMakers on May 15, 2003.

See how The Honorable Sophia H. Hall is related to other HistoryMakers
Donate Now
Click Here To Explore The Archive Today!