Information about The Honorable Shirley Nathan-Pulliam 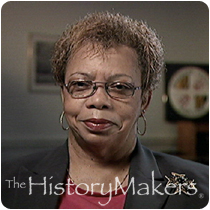 Shirley Ann Nathan-Pulliam was born on May 20, 1939, in the Parish of Trelawny, Jamaica, West Indies. Her mother was a seamstress and retail store buyer and her father worked as a builder and carpenter. She earned her high school diploma from Mico Practicing School in Kingston, Jamaica in 1956. She fulfilled a childhood dream of becoming a nurse when she attended Bootham Park Hospital School of Nursing in Yorkshire England. While studying in England she met her husband, a United States Army soldier, they married and moved to Baltimore, Maryland, in 1960.

From 1962 until 1966 Nathan-Pulliam worked as a licensed practical nurse or LPN in the obstetrics ward at Baltimore City Hospital. From 1966 until 1967 she worked at Baltimore’s Bansecor Hospital. After earning her GED in 1969 Nathan-Pulliam enrolled in Baltimore City College and in 1975 graduated with an associate of arts degree in nursing. While a student at BCC, she created the nurses alumni association and became its first president. In 1980 Nathan-Pulliam earned her bachelor’s of science degree in nursing from the University of Maryland. In 1987 she received her master’s in administrative science from Johns Hopkins University. From 1975 until 1987 Nathan-Pulliam worked at Lutheran Hospital, later known as Liberty Medical Center.

In 1986, she unsuccessfully ran for the Maryland House of Delegates. Then, in 1994, Nathan-Pulliam was elected to represent Baltimore’s tenth district, becoming the first Caribbean-born and first African American registered nurse elected to the Maryland General Assembly. Nathan-Pulliam has sponsored and championed numerous healthcare legislation bills. Her first year in office she successfully secured 2.6 million dollars for breast cancer diagnosis and treatment for low-income women.

Nathan-Pulliam is currently CEO of a healthcare education consulting firm and serves as executive director of an adult daycare facility. She has been the recipient of many honors and awards for her civic and healthcare leadership.

See how The Honorable Shirley Nathan-Pulliam is related to other HistoryMakers
Click Here To Explore The Archive Today!