Information about The Honorable Shauna Graves-Robertson 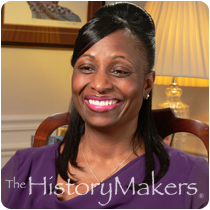 Utah Third District Justice Court judge Shauna Marie Graves-Robertson was born on June 22, 1958, in Salt Lake City, Utah, where she was raised by her mother Ms. Augustine C. Morgan. Robertson attended Salt Lake City’s Jefferson Elementary and Matheson Elementary Schools. In 1976, she graduated from West High School, where she was a staff member of the school’s newspaper and the singing group, West High Acappella.

After graduating, Graves-Robertson enrolled at Arizona State University where she received her B.S. degree in criminal justice in 1980. She later attended American University in Washington, D.C., and completed an internship with Senator Orrin G. Hatch and the Virginia Parole and Probation Department. In 1982, Graves-Robertson was hired as a program specialist for the Division of Youth Corrections, Office of Standards and Evaluations in Salt Lake City, Utah. She went on to work as a treatment counselor, observing, testing and reporting the behavior of delinquent youth. In 1984, Graves-Robertson was appointed by Governor Scott M. Matheson to head the State Office of Black Affairs. While serving in that capacity, she worked with community leaders and organizations to promote economic development throughout minority communities. Graves-Robertson then earned her M.A. degree in public administration from the University of Utah in 1987. In 1989, Graves-Robertson worked as a law clerk for the office of the Attorney General, and one year later, she earned her J.D. degree from the University of Utah.

As an attorney, Graves-Robertson practiced in the areas of criminal defense and family and employment law. She has worked with Utah Legal Defenders Association and Innovations International, Inc., where she trained the members of major corporations in the areas of diversity and empowerment throughout the United States and Canada. In 1999, Graves-Robertson was appointed to the Salt Lake County Justice Court, where she is the presiding judge.

Graves-Robertson lives in Salt Lake City, Utah with her husband, John. They have three daughters Jacquenita, Jordan and Joey.

See how The Honorable Shauna Graves-Robertson is related to other HistoryMakers
Click Here To Explore The Archive Today!