Information about The Honorable Sharon Pratt 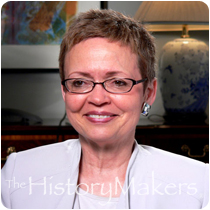 Former Washington, D.C. Mayor Sharon Pratt was born on January 30, 1944 in Washington, D.C. Pratt is the daughter of Mildred Petticord and Carlisle Edward Pratt. Pratt graduated from Roosevelt High School in 1961 and earned her B.S. degree in political science in 1965 from Howard University. Pratt attended Howard University Law School where she earned her J.D. degree in 1968.

Pratt served as in-house counsel for the Joint Center for Political Studies from 1970 to 1971. From 1971 to 1976, she worked as an associate for the law firm Pratt & Queen PC. In 1972, Pratt became a law professor at the Antioch School of Law in Washington, D.C., and worked there until 1976 when she became the Associate General Counsel for the Potomac Electric Power Company, known as PEPCO. In 1982, Pratt directed the failed mayoral campaign for Patricia Robert Harris. That same year, Pratt married Arrington Dixon, a Democratic Washington, D.C. City Councilman. Pratt was promoted to the Director of Consumer Affairs for the Potomac Electric Power Company in 1979 and then later to Vice President of Consumer Affairs in 1983. In 1988, Pratt announced that she would challenge Mayor Marion Barry in the 1990 mayoral election in Washington, D.C. Pratt was elected Mayor of Washington D.C., the first African American female to hold this position. In 1994, she lost her bid for re-election as mayor to Marion Barry. From 1997 to 2001, Pratt served as the President of @ The Center, a start-up electrical marketplace for Africa. In 2002, Pratt began Pratt Consulting, working with companies and governments developing Homeland Security/Emergency Management Plans. She is also the Executive Vice President for BI Solutions.

Pratt’s past and present board memberships include: the Center For Creative Leadership, the Democratic National Convention, Society for PSP, Emmitsburg St. Mary’s College Board, Opportunity Funding Corporation and a trustee at Howard University. Pratt is also the recipient of the Presidential Award from the NAACP, Glamour magazine’s Woman of the Year Award, the Congressional Black Caucus’ Mary McCleod Bethune-W.E. Dubois Award and the Clean Cities Award.

Pratt is divorced, has two children, Aimee A. Dixon and Drew Willliams, and is also a grandmother.

Pratt was interviewed by The HistoryMakers on July 26, 2007.

See how The Honorable Sharon Pratt is related to other HistoryMakers
Donate Now
Click Here To Explore The Archive Today!