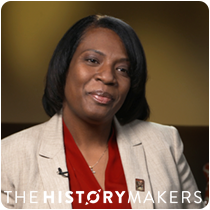 "Let Your Faith Be Bigger Than Your Fears"

State legislator Sandra Hollins was born on May 11, 1970 in New Orleans, Louisiana, to mother, homemaker Iola Robinson-Seals, and father, store clerk Freddie Seals II. A 1988 graduate of McDonogh #35 High School in New Orleans, she received her B.S. degree in business management from the University of Phoenix in 2002, as well as her M.A. degree in social work from the University of Utah, College of Social Work in Salt Lake City in 2009.

Hollins has served on numerous boards and committees including: the Greater Salt Lake Alumnae Chapter-Delta Sigma Theta Sorority, Inc.; National Association of Social Workers; Fairpark Community Council; Salt Lake County African American Caucus;
Women In Government; Martha Hughes Cannon Caucus; and the Salt Lake City Susan G. Komen Race for the Cure Board. She served as a judge for the Youthlinc Utah Young Humanitarian Award in 2017, and was elected as the western regional director for The National Organization of Black Elected Legislative Women, also serving as co-chair of the Women and Children Committee for the National Black Caucus of State Legislators. In 2016, Hollins received the Call to Serve award from Delta Sigma Theta Sorority, Inc. She received the Pioneer Award from the Utah African American Chamber of Commerce in 2017, as well as the Business Champion award from the Salt Lake Chamber that same year.

Hollins and her husband, David have two adult daughters, Jaynell and Canice.

Sandra Hollins was interviewed by The HistoryMakers on January 18, 2018.