The Honorable Ruth A. Davis

Information about The Honorable Ruth A. Davis 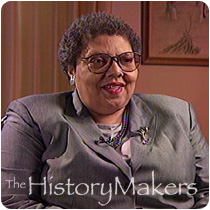 See how The Honorable Ruth A. Davis is related to other HistoryMakers
Donate Now

Ambassador Ruth A. Davis was born on May 28, 1943 in Phoenix, Arizona to parents Anderson and Edith Davis. She attended E.R. Carter and E.C. Clements Elementary Schools in Atlanta, Georgia, where she grew up. Davis graduated from Booker T. Washington High School in 1962. A cross-country family vacation as a child was an epiphany and changed her life, convincing her that she wanted to travel and see the world.

Davis is the first African American female career ambassador. She joined the Foreign Service in 1969 and was assigned as Consular Officer in Kinshasa, Zaire until 1971. She also served in Nairobi, Kenya from 1971 to 1973, Tokyo, Japan from 1973 to 1976 and Naples, Italy from 1976 to1980. After completing her assignment in Italy she returned to the United States working as Special Advisor for International Affairs for the Washington, D.C. Government. Finally, in 1992, Davis reached the height of her profession when she was appointed Ambassador to the Republic of Benin. She served in that post until 1996.

Ambassador Davis is credited with playing a significant role in the organization of the 1992 Barcelona Olympic games and in Atlanta’s successful bid for the 1996 games. She is the recipient of several prestigious awards including a Presidential Distinguished Service Award in 1999 and again in 2002. In 2003, Davis was awarded The Secretary’s Distinguished Award by Secretary of State Colin Powell. She served as director general of the Foreign Service and director of human resources from 2001 to 2003. It was here she developed the “School of Leadership and Management,” one of her proudest accomplishments. Davis is committed to diversifying the Foreign Service by recruiting potential diplomats at the college level.

Ambassador Davis is single and resides in Washington, D.C.

See how The Honorable Ruth A. Davis is related to other HistoryMakers
Donate Now
Click Here To Explore The Archive Today!