The Honorable Russell B. Sugarmon

Information about The Honorable Russell B. Sugarmon 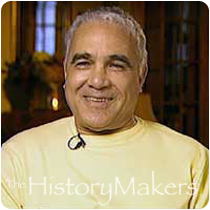 See how The Honorable Russell B. Sugarmon is related to other HistoryMakers
Donate Now

Judge Russell B. Sugarmon, Jr., helped reverse the tide of racism in Tennessee during his legal and political career. A native of Memphis, Sugarmon was born on May 11, 1929, and completed his primary education in his hometown.

Following a year at Morehouse University, Sugarmon earned his B.A. degree from Rutgers University in 1950; he then received his J.D. degree from Harvard Law School in 1953. For the next two years, Sugarmon served in the Army, receiving a letter of commendation for his tour of duty in Japan. Upon returning to the United States, Sugarmon did graduate work in finance at Boston University before entering private practice in Memphis in 1956. Sugarmon ran for public works commissioner in 1959 in a racially charged race. As the first African American to make a serious bid for a major city office in Memphis, Sugermon lost when whites united in opposition to his candidacy; his experience, however, helped pave the way for future black leaders in Memphis.

Sugarmon later became a founding partner in the Memphis law firm of Ratner, Sugarmon, Lucas, Willis and Caldwell. In 1964, Sugarmon was elected to the Tennessee Democratic Party Executive Committee, and two years later ran successfully for the State Senate. From 1976 to 1987, he served as a referee in Memphis Juvenile Court system; Sugarmon stepped down from that post in May 1987 when he was appointed to the General Sessions bench. Sugarmon was elected to the seat in 1988 and was re-elected in 1990 and 1998; by that time, he had become a well-respected elder statesman in Memphis, liked by people of all races and political affiliations.

Sugarmon was an active member of several civic and community groups, including the NAACP and ACLU; he was honored by both organizations for his pioneering efforts and contributions to Memphis. Sugarmon has four children with his first wife, Miriam, and two stepchildren with his present wife, Regina. He also has seven grandchildren and a great-granddaughter.

See how The Honorable Russell B. Sugarmon is related to other HistoryMakers
Donate Now
Click Here To Explore The Archive Today!