Information about The Honorable Royce West 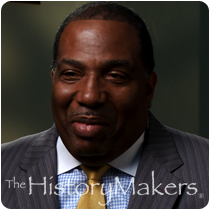 Favorite Color:
Gold, Purple
Favorite Food:
Seafood
Favorite Time of Year:
Fall
Favorite Vacation Spot:
Jamaica
Favorite Quote:
If It Is Going To Be, It Is Up To Me.

Favorite Color:
Gold, Purple
Favorite Food:
Seafood
Favorite Time of Year:
Fall
Favorite Vacation Spot:
Jamaica
Favorite Quote:
If It Is Going To Be, It Is Up To Me.

Royce West has received numerous accolades as a politician in addition to his responsibilities as managing partner of a law firm. He was born on September 26, 1952 in Annapolis, Maryland. West attended the University of Texas at Arlington where he received his B.A. and his M.A. degrees in Sociology. While an undergraduate, West became the first African American to serve as president of the Student Congress, foreshadowing later events. He went on to receive his J.D. degree from the University of Houston in 1979 and worked in the Harris County District Attorney’s Office before joining the Dallas County District Attorney’s office where he became Texas’ first African American chief felony prosecutor. Following his time there, in 1994, West became a senior partner at the Dallas law firm Robinson, West, and Gooden.

Since 1993, West has represented Dallas County (District 23) in the Texas Senate. He won the Democratic primary the previous year against Jerald Larry and Jesse Oliver with over 57 percent of the votes. He has served on Senate committees including Education, Finance, Health and Human Services, and Criminal Justice; has served as chair of committees on Jurisprudence and Higher Education, and is the current Chair of Intergovernmental Relations. He has also been appointed to the Education Commission of the States in 2005, the Intergovernmental Affairs Committee of the Council of State Governments in 2009, and the Southern Regional Education Board Legislative Advisory Council also in 2009. In 1994, West created the “One Community-One Child Program” to increase parental involvement in students’ academic careers. West furthered his law career by becoming managing partner of West & Associates, now a law firm of 11 attorneys in 1994. He was sworn in as President Pro Tempore of the Texas Senate in 2006 and during that period, served as Governor for a Day.

West has received Honorary Doctor of Law degrees from Paul Quinn College and Huston-Tillotson College in 1997 and 2000, respectively. In 2001, his alma mater, the University of Texas, recognized him with a Distinguished Alumni Service Award. Texas Monthly Magazine named him of the “Ten Best Legislators in Texas” in 1999 and one of the “25 Most Powerful People in Texas Politics” in 2005. That same year, the Associated Press called him one of the “key players of the 2005 Legislature” in their “Movers and Shakers” list.

Royce West was interviewed by The HistoryMakers on May 12, 2010.

See how The Honorable Royce West is related to other HistoryMakers
Donate Now
Click Here To Explore The Archive Today!